"[Witnesses] called patrol, and patrol took snowmobiles to the cat drop off and then ran up the ridge line with all the medical gear," Hanle said. "They performed CPR and advanced life-saving procedures. Then they loaded him in a rig and they carried him back down the ridge while performing CPR. Resuscitation efforts were unsuccessful."

Ski patrol took Borgeson to the bottom of Aspen Highlands where an ambulance drove him to Aspen Valley Hospital.

The Pitkin County coroner said an autopsy will be performed to determine the cause of death.

"He has been instrumental in creating Arapahoe Basin's avalanche procedures and protocols and recognized nationally for his work on the study of avalanches, in particular wet slab avalanches," A-Basin said in a press release.

Borgeson is survived by his wife, Denise Schmidt-Borgeson, two sons, Ian and Aidan, and his parents and a brother.

"There is no doubt that Leif will be missed by the entire Arapahoe Basin team. Plans for memorial services will be announced at a later date. Our thoughts and prayers are with the Borgeson family," the A-Basin release said. 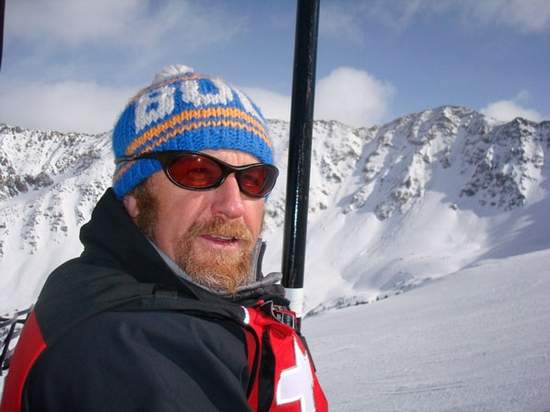 The Highland Bowl, which primarily faces east toward Aspen, is for expert skiers and snowboarders only. It is accessed by hiking from the top of the Loge Peak and Deep Temerity lifts up the Bowl's steep ridge. A snowcat can cut the trek to the top by as much as a third but to reach the summit, a hike is required. The hike generally takes 20 to 40 minutes depending on one's conditioning.

The Highland Bowl is within the ski area boundary.

The soul of the ski industry lost a legend this week! I first met Leif Borgeson as a pro patroller at Keystone when we used to run an exchange program with the Basin. We would swap duties for a week. Leif was one of those guys that everyone wanted to do turns with! Why? Well because Leif always taught you something; even old farts like me who have skied for over 50 years. Candidly, he was respected by the guys who actually do the job. Quiet and low key, Leif was one of those rare individuals who talked with his "sticks" and a base of knowledge that was unparalleled! He always took time to teach newbies something that could save their life and the lives of others. This was a guy who worked in the industry because he loved it, not because he ever thought he could score big bucks on some exotic real estate deal. He will be missed and his children should know that their Dad was respected by scores of old patrollers who considered him to be part of the soul of Colorado snowsports.