RealAspen News and Community Content Feed
By David O. Williams
Real Aspen – January 14, 2011
Sen. Mark Udall, D-Colo., has emerged as a voice of reason in the wake of Saturday's mass shooting of Congresswoman Gabrielle Giffords and 19 others at a Safeway grocery store in Tucson, Ariz.

A long-time moderate not afraid to anger either his liberal base or the conservative right by reaching across the aisle, Udall immediately condemned the massacre by mentally unstable Tucson man as a “cowardly attack on our democracy.” Then Udall began questioning the tone of political rhetoric that may have contributed to the attack, urging a new era of bipartisanship. 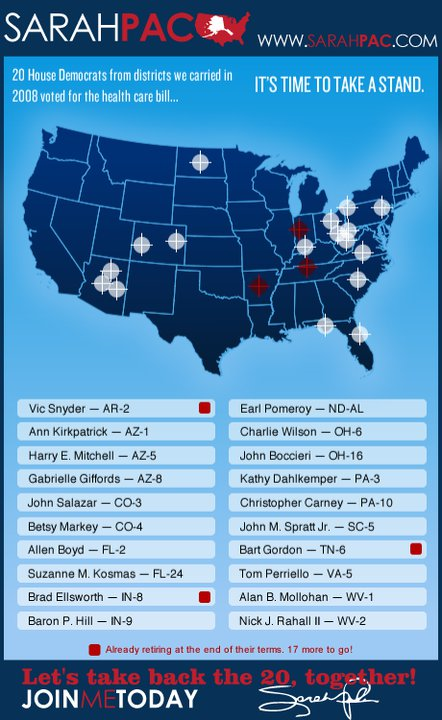 Wednesday he urged both major political parties to set together during President Barack Obama's State of the Union address on Jan. 25: “What Americans see when they watch it on TV is a Congress that is bitterly divided by party. It sets a negative tone that only perpetuates the narrative that Congress cannot – and will not – come together for the good of the country we all love.”

White House press secretary Robert Gibbs Thursday called it an “interesting idea. Maybe not having a physical aisle separate us would be a good thing as we talk about the state of our union.” Udall's request echoes sentiments expressed in Obama's speech at a memorial for the shooting victims in Tucson Wednesday night.

Police still have not divulged a motive for Loughner's alleged shooting spree, but anecdotal evidence and Internet postings point to his extreme disaffection with the political system.

An aide to former Alaska governor and 2008 vice presidential candidate Palin said on a conservative podcast on Sunday that last year's much-maligned ads by Palin's PAC were actually meant to represent surveyor's symbols on a map.

But shortly after last November's midterm election, in which Giffords was one of only two of the targeted Dems reelected, Palin called last year's campaign a “bullseye” and crowed about taking down 18 of 20, which included blue-dog Democrats Betsy Markey and John Salazar in Colorado.

After Palin's PAC posted the campaign last March, Giffords was critical of Palin's violent imagery: “We're on Sarah Palin's targeted list. Crosshairs of a gunsight over our district. When people do that, they've got to realize there's consequences.”

Pima County Sheriff Clarence Dupnick, a Democrat, pointedly decried the heated political rhetoric in Arizona and the effect it may have on mentally ill people like Giffords's alleged attacker, who was tackled by bystanders and taken into police custody.

“When you look at unbalanced people, how they respond to the vitriol that comes out of certain mouths about tearing down the government. The anger, the hatred, the bigotry that goes on in this country is getting to be outrageous,” Dupnick said at press conference Saturday. “And unfortunately, Arizona I think has become sort of the capital. We have become the mecca for prejudice and bigotry.”

Political rhetoric in Arizona has been heated since the state legislature passed SB 1070, and anti-illegal-immigration law that is being challenged by the federal government.

Tea Party candidates and conservative Republicans also ratcheted up the warlike and violent imagery during last year's campaign, aiming most of their vitriol at Obama for passing “Obama-care” in an effort to get more Americans covered by adequate health insurance.

Giffords voted for health-care reform and saw one of her Tucson offices vandalized with what police believe may have been a bullet through one of the windows.

Palin broke her silence on the Gabrielle Giffords shooting early Wednesday, posting a video on her Facebook page that only added to the controversy. Palin strongly defends the violent imagery used by the Tea Party and her PAC in targeting Democratic congressional districts, says both political parties use maps of swing districts with war-like verbiage.

“… Journalists and pundits should not manufacture a blood libel that serves only to incite the very hatred and violence that they purport to condemn,” Palin says in the video. “That is reprehensible.”

Critics quickly pointed out that Palin's use of the term “blood libel” may only incite more controversy because Giffords is Jewish, and, “The term blood libel is generally used to mean the false accusation that Jews murder Christian children to use their blood in religious rituals, in particular the baking of matzos for passover.”

Halina Reed, a Jewish, Latina member of the Somos Republicans – a national conservative Hispanic advocacy group started in Arizona – said in a prepared statement that Palin now must answer for another misstep:

“The target of Saturday's assassination attempt, Gabrielle Giffords, is a proud Jewish woman herself,” Reed said. “As we can see, Sarah Palin, who claims to both support the ideals of freedom and the Jewish nation of Israel has really outdone herself this time. Whether it was a case of clumsy oratory or a more sinister motive, she needs to own her behavior this time.”

Other Republican figures defended Palin and violent rhetoric that began as far back as 2008.

Rising Republican star Congresswoman Michele Bachmann was particularly noteworthy in her borderline militant stance against health-care reform, saying on Sean Hannity's radio show, “We can never forget that the Founders were rebelling against a governmental authority that abused their taxation power. And that was the tyranny. That's exactly what's happening right now. And we have to -- we have to rise up and say, ‘No more. Not on my watch. No more.'”

At a Republican event in Denver in 2009, Bachmann was much more graphic:

“This cannot pass,” she told a crowd at a gathering sponsored by the conservative think tank Independence Institute. “What we have to do today is make a covenant, to slit our wrists, be blood brothers on this thing. This will not pass. We will do whatever it takes to make sure this doesn't pass.”

U.S. Sen. Frank Lautenberg, D-N.J., on Monday said he will introduce legislation to reinstate a ban on the manufacture and sale of high-capacity ammunition clips like the one allegedly used by Loughner.

High-capacity magazines containing more than 10 bullets were illegal under a federal assault weapons ban in place between 1994 and 2004, when Republicans in Congress successfully allowed the ban to lapse. Loughner, according to police, used several 33-round clips during his deadly shooting spree.

“The only reason to have 33 bullets loaded in a handgun is to kill a lot of people very quickly. These high-capacity clips simply should not be on the market,” Lautenberg said in a release. “Before 2004, these ammunition clips were banned, and they must be banned again. When the Senate returns to Washington, I will introduce legislation to prohibit this type of high-capacity clip.”

The Giffords shooting has reignited the gun control debate on the backburner since the last major shooting spree.

In Arizona – a state with some of the most lax gun laws in the nation — semiautomatic assault rifles are flowing across the border to Mexico, where the Washington Post recently revealed many such weapons have been traced to the murderous bloodbath being perpetrated by drug cartels. While U.S. gun dealers who sell weapons used in Mexican crimes remain anonymous under a 2003 law passed by Congress, the Post was able to identify the 12 biggest suppliers, and three of them are in Arizona.

The powerful gun lobby has erected numerous legal hurdles in order to obscure its role in the growing border violence, according to the Post, and gun industry backers maintain such weapons also enter Mexico – which has very tough gun laws – through Central America or by way of members of the Mexican military. But Mexican politicians have begged the Obama administration to help stem the flow of guns.

Gun industry backers say criminals will always be able to obtain semiautomatic weapons and high-capacity magazines — even if they're banned.

In fact, Dylan Klebold, one of the two Columbine High School killers who staged the worst high school massacre in U.S. history near Littleton, Colo., in 1999, used a TEC-9 semiautomatic handgun with high-capacity clips that he illegally purchased from a friend. He had three such magazines: one each holding 52, 32 and 28 rounds.

But critics say the apparent ease with which Loughner obtained his Glock 9mm handgun and high-capacity magazines should lead to a reinstatement of tougher laws like the once proposed by Lautenberg.

The Secret Service blamed Palin's RHETORIC for a huge spike in violent threats on the POTUS
http://www.telegraph.co.uk/news/worldnews/northamerica/usa/sarah-palin/3405336/Sarah-Palin-blamed-by-the-US-Secret-Service-for-death-threats-against-Barack-Obama.html
What kind of crazy person, let alone the leader of the Tea Party and Republican base puts the cross hairs of gun targets on Politicians they disagree with?