Body found under bridge may be missing Snowmass man

RealAspen News and Community Content Feed
By Troy Hooper
Real Aspen – December 14, 2010
A body has been recovered in the area under Maroon Creek Bridge. 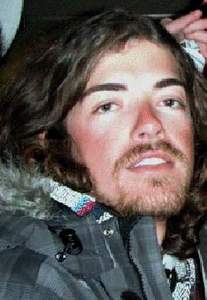 Authorities have not yet announced whether it is that of missing Snowmass man George Aldrich, a 28-year-old lift operator who moved here from Rhode Island.

The Aldrich family has been notified of the body.

"Please keep Georgie and my family in your prayers. We are waiting for confirmation. Love, The Aldrich Family," is the message posted on the Find George Aldrich page on Facebook.

Aldrich has been missing since Nov. 27, sparking a massive search for him. He was last seen in the Truscott area, not too far from Maroon Creek Bridge.

The Pitkin County Sheriff's Office discontinuing its on-the-ground search Friday after spending a dozen days scouring the Roaring Fork Valley. They organized search parties who fanned out into fields and onto mountainsides looking for any sign of Aldrich, a college graduate who had done some acting.

They took to the air, utilizing planes and helicopters as they sought answers to his mysterious disappearance. They walked up and down riverbanks. A remote-controlled vehicle was deployed into a pond near where Aldrich might have gone missing.

“The decision to discontinue the field operations was a joint decision made by the Incident Management Team and agency heads,” reads a statement the sheriff's office released Friday evening. “This decision was made after reviewing all search operations to date, current leads and information obtained from the public. The Incident Management Team will continue to focus their efforts on investigations, as they have been for the past 13 days. The investigations team will focus their attention on leads from the public, both old and new. As leads are investigated, field operations may start again, as needed.”

On Nov. 27, Aldrich wrapped up working as an Aspen Skiing Company lift operator, cleaned up at his Club Commons apartment and took a bus into Aspen to catch the free Blind Melon concert in gondola plaza. He mingled with a few friends at Eric's Bar afterward. Aldrich then caught a bus home but apparently got off at the wrong stop — Truscott instead of Snowmass Village — and began searching for a ride home. He never made it back to Club Commons.

A bloodhound Georgia tracked his scent from Truscott to the bus stop at the Aspen Country Inn. The dog's handler, Jefferson County investigator Al Nelson, believes Aldrich must have climbed into a vehicle.

Did another bus pick him up? Did he hitchhike? Try to walk home?

Those questions have so far gone unanswered.

Police believed his cell phone was with him but the battery is either dead or turned off. His snowboard and valuables remain at his apartment. When he was last seen, Aldrich was wearing a snowboard jacket and dressed for winter.

There has been a groundswell of support for the Aldrich family. Dozens of residents joined official search efforts last week and countless others have searched on their own. Missing person fliers have been posted up and down the valley in grocery stores, coffeshops and boutiques. Even stoners are on the look out: Aldrich fliers were getting passed around and posted on walls in the valley's burgeoning medical marijuana dispensary business.

While an outpouring of support is happening locally, interest in the case is growing nationally as well.

CNN Headline News aired a piece on Thursday night with commentary from Aldrich's father and a Pitkin County sheriff's deputy. A Facebook page the family has set up is growing by the thousands.

Many residents said they would continue to look for Aldrich despite the suspension of official field operations.

“The Pitkin County Sheriff's Office and Aspen and Snowmass Police Departments continue to seek assistance from the public,” Friday's statement said. “We urge residents to search their property, including outbuildings, shelters and other structures for any signs or clues of George Aldrich. Any information obtained by the public should be given to the Incident Management Team's investigations unit by calling (970) 315-2103.”

"The Aspen PD, rescue teams & community have been amazing in the search for our brother. At this time they feel they have exhausted search efforts & until new leads come in this case will be better served as an Investigation. We ask you continue to search for Georgie and pray for his safe return. We are not giving up and hope you don't either!"