RealAspen News and Community Content Feed
By Real Vail
Real Aspen – November 18, 2010
Allegria Spa at the Park Hyatt Beaver Creek and The Bachelor Gulch Spa at the Ritz-Carlton are among just a handful of spas that received accolades this week from Forbes' Travel Guide.

The Vail-area spas garnered four stars from Forbes, formerly known as the Mobil Travel Guide, which is widely considered the gold standard for travel ratings. In the hotel category, the Ritz-Carlton Bachelor Gulch in Avon also received four stars in the 2011 Forbes Travel Guide.

Aside from The Little Nell, The Broadmoor in Colorado Springs is the only other hotel in the state to garner a five-star ranking. No surprise there. The Broadmoor has achieved the distinction for 51 straight years, which is the longest streak in the nation. Its restaurant, the Penrose Room, and The Spa at the Broadmoor also earned five stars from the Forbes' Travel Guide to complete the hotel's hattrick.

There were just 54 hotels in North America to receive five stars. The only other Colorado hotels to garner four stars are the St. Regis Aspen Resort and the historic Brown Palace in downtown Denver. 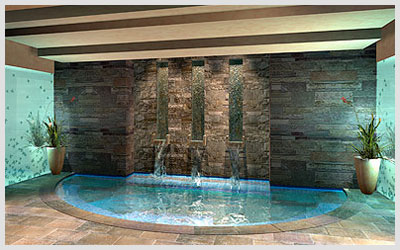 Forbes has shared the about the Allegria spa in the guide book and this seems to be a wonderful spa area as it can be seen in the image. The experience of their customers would be really amazing that's why it is rewarded with five star reviews. Essay help UK

My team and I had a great stay at the Pool and Spa at Park Hyatt Beaver Creek. I'm a Hyatt supporter but this was our first time staying at a Park Hyatt and I can see why this is the top picture of Hyatt. The inn was extremely rich, and we appreciated how decent our room was. I'd like to thank the Senior Boss, Herb Rackliff, for upgrading us to a stay with a splendid view, and also are business meeting with professional law essay writing service team is good, Thank's and High appericated of you're management.