Eagle County Clerk and Recorder Teak Simonton has until Nov. 22 to certify the results of the Nov. 2 election. That 20 days allows for a canvas, during which overseas voters and anyone with a signature discrepancy has eight days to get their ballot in. 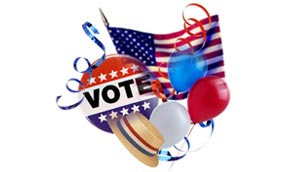 This is standard operating procedure for all elections, not just close ones, which is why for nearly three weeks after every election the results are listed as “unofficial.”

“Typically, when the votes aren't close no one notices that the votes change from unofficial results to official results at that point, but since several of our races are close, we're updating daily as ballots arrive that are eligible,” Simonton said.

Simonton said the canvass process, conducted by the five-member canvas board, involves reviewing “polling place balancing,” which means comparing poll books to votes counted, reviewing all the voting processes, and a hand-count audit of all the different races to verify that voting machines tabulated accurately.

She said it's a tedious and time-consuming process that won't be completed until Nov. 19 at the earliest and Nov. 22 at the latest, depending on how the audit goes.

Eagle, Pitkin, Gunnison and Garfield county clerks next week will inspect 2,001 “under votes” originally ruled ineligible because supporters of write-in candidate Curry, who switched from Democrat to unaffiliated late last year, failed to fill in a box or oval next to her name on the ballot. A judge Friday overturned that decision and ruled the under votes must be counted. Wilson currently has a 495-vote lead.

“So far the work of the clerks, their staff and the judges has been very professional and thorough, and I know that their work next week will also be fair,” Curry wrote to supporters. “I plan to have watchers present to make sure that the counting process reflects the direction from the court.”

There are two other House districts races still up in the air and the balance of power is at stake, although Republicans are generally acting as if they have retaken the House for the first time since 2004. Regardless of the HD61 result, Curry said her improbable write-in bid has been a success.

“As far as I'm concerned we already won because we ran a campaign that was not negative, relied on small local campaign donations, and focused on the issues,” she said. “I know it is going to be close.”

Curry also took a shot at outside spending aimed at keeping the seat in Democratic hands after her defection. So-called 527 political groups, named for a section of the tax code, spent $250,000 on behalf of Roger Wilson, according to a report in Tuesday's Colorado Statesman.

“My race wins the award for the most outside (527) money spent to propel a candidate for state house to victory,” Curry said. “Over $250,000 was spent on negative fliers, door to door canvassing, and calling voters to put the democrat temporarily over the top.”

Sounds like a very reasonable election. Actually the fact that machines count our election isn't mentioned.

Most of the approx. 14,000 votes were counted by machine in Eagle County. 940 people voted early on DRE (electronic ballots). Approximately 2800 voted on election day on DRE (electronic ballots). About 1760 voted on election day on paper. The remainder voted by mail on paper. All of the 14,000 votes except for about 200 provisional ballots were counted by machine.

Besides that 200 ballot hand count that I helped count, the "hand count" for the HD61 is a very limited count, specifying only counting a specific situation for the benefit of Kathleen Curry. Even after this count is done, the result will be a hybrid of machines counting the Wilson and Korkowski (and part of the Curry) vote, and humans counting the rest of the Curry vote.

Some of us who know the potential defects of the ways our machines count would prefer to see that hand count process result in respecting all the voter intent on all the ballots for the close races (HD61 being looked at by court order). I would like to see a hand count of the Sheriff contest too.

Colorado's recount law is very strict and limited- it takes a very narrow margin in either of these close races to call for a mandatory recount. Even if this recount is called for if the vote counts come extremely close together, our many of our clerks would not like to do this recount by hand. The Colorado law allow our recount to be a second count by machine. I am sure this is a waste of time.

Voters should ask why we can't trust a hand count but we can trust a machine count of our election.

As a clerk, you always have a ton of stuff on your plate. Need to follow this dissertation writers to manage their content task easily. The more work you have, the more time you have to spend focusing on your strengths and work, and then you have the chance to do the same with your weaknesses. Sometimes, you just have to cut yourself some slack, and there’s nothing wrong with that.

Awesome and logical by the way, will you please help me how can I write some articles and guide others as well, will you please check my ineedtutorials.com and tell others about the online services, that will be great, I wish you all the best and hope you will consider the same, keep up the nice work like this and follow our network today.

At Dissertations Land is here to help you. With our [url=https://dissertationsland.co.uk/] Dissertation experts [/url], you cannot just save your academic year. But also accomplish a lot much more. Like save money with unbelievable discounts and offers.

at Dissertations Land is here to help you. With our

at Dissertations Land is here to help you. With our Dissertation experts , you cannot just save your academic year. But also accomplish a lot much more. Like save money with unbelievable discounts and offers.

We have a return pace of more than 90%, this is inferable from our brilliant client care administration. As an outcome, make sure that you procure the upsides of using our perfect task office. Hence, right away, pick our one of the most amazing task composing administrations UK, which is Write My Assignment.
best online exam help

We can help you with any of your academic nightmares. Not only that, but we've been supplying students with the best MBA assignment help for almost ten years. As always, we strive to provide students with the most innovative and well-researched information possible.

There a few intriguing points at some point on this page but I don’t know if all of them center to heart. There exists some validity but I’m going to take hold opinion until I investigate it further. Excellent article , thanks and now we want far more! Put into FeedBurner likewise Образац за пријаву визе за Турску

After study several of the blogs for your site now, and i genuinely appreciate your way of blogging. I bookmarked it to my bookmark internet site list and will also be checking back soon. Pls look at my web page as well and figure out what you believe. ร้านให้เช่าชุดไทยจิตรลดา

hi!,I like your writing so much! share we communicate more about your post on AOL? I require a specialist on this area to solve my problem. May be that’s you! Looking forward to see you. Turkey Visa Application Online

When they contact us, one of our student help specialists begins coaching them and answering their questions. The majority of these students then place an order with us. After they place a purchase, we send them a confirmation email to let them know that their order has been confirmed. The Online Nursing Coursework Help is then supplied as soon as it is completed, along with a plagiarism report to ensure that the content delivered to them is custom written and of excellent quality.

Write My Assignment For Me offers you the service of buy assignment online with the promise to deliver you assignments written by native and certified writers, while proof-read and edited by professionals. We are offering all these services within your set deadline. What are you waiting for? Place your order now!