Sources at the Pitkin County Courthouse have confirmed to Real Vail sister site Real Aspen that the district attorney's office is not interested in investigating whether the “Two and a Half Men” star violated his probation. In the last two days, dozens of reports have surfaced alleging Sheen went on a naked, drunken rampage in a New York City hotel room, causing thousands of dollars of damage and scaring his female companion.

The incident follows a plea deal struck in August in which prosecutors dropped serious charges in connection to an allegation he threatened his wife, Brooke Mueller, with a knife and threatened to kill her in a rented Aspen home on Christmas morning. With the assistance of attorneys Yale Galanter and Richie Cummins, Sheen, 45, was able to plead guilty to a misdemeanor and avoid a jail sentence. 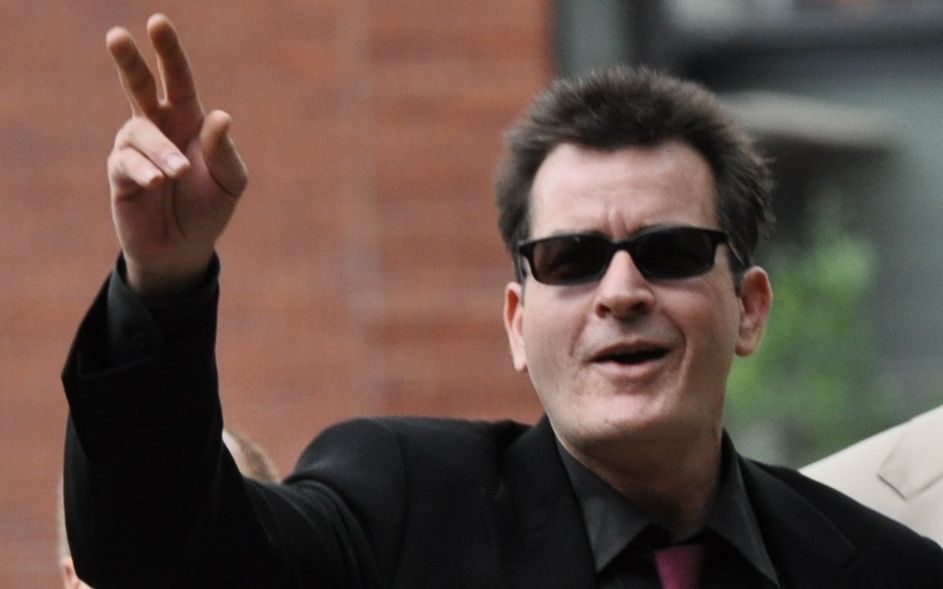 Charlie Sheen outside the courthouse in Aspen this summer.
By Troy Hooper

His punishment included a 30-day stint in rehab — which he completed prior to sentencing — along with 36 hours of domestic violence counseling and three months of probation. During that time, Judge James Boyd also ordered Sheen not to use alcohol to excess or use illegal drugs.

“The incident in Aspen turned into a misdemeanor case and the prosecutor doesn't want to waste time or taxpayer money on what a Los Angeles resident might have done in New York City,” a source said.

Chief Deputy District Attorney Arnold Mordkin said in an interview Wednesday that Sheen has a week left of probation and that it will automatically terminate unless a violation is filed by Nov. 2. Because the probation is unsupervised, the probation department is not involved and it would be up to the DA”s office to determine whether any violations occurred or whether they are worth the effort of pursuing. Mordkin didn't sound interested in pursuing the matter.

“To file a complaint I would have to have probable cause to believe it occurred,” Mordkin said.

He declined to directly say whether the DA's office is looking into the New York City incident.

“I'm not going to comment on what we are or are not doing,” he said.

Sheen's attorneys could not be reached for immediate comment.

While there was widespread speculation that the case in Aspen was reduced from a felony to a misdemeanor due to questions about the strength of the case against Sheen, police reports released after sentencing showed there was more evidence and more witnesses than the prosecution or the media initially reported.

At least four Aspen police officers investigated the Sheen case — not two officers, as many were led to believe — and the police reports reveal there were a parade of witnesses that could have testified about injuries that Mueller allegedly suffered at the hands of her TV star husband. In addition to marks on her throat and arms from the Aspen incident, Mueller also suffered severe head trauma from a domestic dispute with Sheen in Los Angeles a couple of months before Sheen's Aspen arrest, the reports allege. Authorities and Mueller's family say they saw the injuries.

Sheen was also arrested in 1996 for assaulting his then-girlfriend Brittany Ashland — a charge he later pleaded no contest to in exchange for a suspended sentence and two years of probation in California. In 2006, his second wife, Denise Richards, accused him of assault during a bitter custody battle. No criminal charges were ever brought and Richards and Sheen are now reportedly back on good terms.

Sheen was not arrested but instead taken to a hospital to recover. He has checked out and is back in California.

Publicist Stan Rosenfield blamed the incident on an “adverse allergic reaction” to medication Sheen is taking.

Sheen is scheduled to return to filming on the set of “Two and a Half Men” next week.

I would also motivate just about every person to save this web page for any favorite assistance to assist posted the appearance. สมัครสมาชิกสล็อต

goodness! These look awesome!! this is really an astounding article friday night funkin

Mintang Corporate is an agency for visa applications, flight booking, translation and legalization of documents, air and sea freight and company formation in Europe and Africa. Réservation d'hôtel

This is my first time i visit here. I found so many entertaining stuff in your blog, especially its discussion. From the tons of comments on your articles, I guess I am not the only one having all the leisure here! Keep up the good work. I have been meaning to write something like this on my website and you have given me an idea. use sim in non pta iphone

Wow, What a Excellent post. I really found this to much informatics. It is what i was searching for.I would like to suggest you that please keep sharing such type of info.Thanks https://www.5g999.co/baccarat

Good to become visiting your weblog again, it has been months for me. Nicely this article that i've been waited for so long. I will need this post to total my assignment in the college, and it has exact same topic together with your write-up. Thanks, good share. Business opportunities

Nice post! This is a very nice blog that I will definitively come back to more times this year! Thanks for informative post. 작업대출

I think this is an informative post and it is very useful and knowledgeable. therefore, I would like to thank you for the efforts you have made in writing this article. taruhan bola piala dunia

I encourage you to read this text it is fun described ... myjoyonline news today

It was a very good post indeed. I thoroughly enjoyed reading it in my lunch time. Will surely come and visit this blog more often. Thanks for sharing. 출장안마

JHDPCB one-stop PCB manufacturer. 15+ years of rich experience and first-class precision equipment to provide customers with high-quality PCB, not limited to any type of PCB. All PCB manufacturing processes are in compliance with IPC Class 3 standards and ISO 9001:2015 and other certifications, standardized production and perfect PCB testing process No matter the needs of small or large batches, we will use our advantages and expertise to ensure high quality. Welcome to stop jhdpcb.com for more details. flexible pcb

I ran into this page on accident, surprisingly, this is a amazing website. The site owner has done a great job writing/collecting articles to post, the info here is really insightful. Now i am going to bookmark this internet site so that I can revisit in the future. Schonbrunn palace skip the line tickets