The 1872 Mining Law, signed by President Ulysses S. Grant to encourage rapid development and settlement of the American West, dictates that companies can stake, or “locate,” a hard-rock mining claim on federal land and develop that deposit without paying any royalties to the United States government. 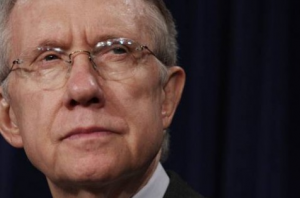 Senate Majority Leader Harry Reid, a Democrat from Nevada, is seen as the biggest road block to reforming the antiquated 1872 Mining Law.

“Literally, the law says that the minerals of the United States are free and open to location and purchase,” said Jeff Parsons, senior attorney for the nonprofit environmental law firm the Western Mining Action Project.

“What's happened now is that these foreign companies, like Russian companies mining uranium, are taking advantage of that loophole and literally taking the United States citizens' minerals for free,” Parsons said. “At a time when the deficit is at an all-time high we're still giving away our mineral resources with no return.

Colorado Sen. Mark Udall, who told Real Vail he is carefully watching the proposed sale of the Canadian company Uranium One to the Russian government-owned Atomredmetzoloto (ARMZ), has repeatedly sponsored bills both in the House and Senate to broadly overhaul the 1872 Mining Law. He's also proposed legislation (Senate Bill 796) that would treat uranium differently than other hard-rock minerals.

“It's time to seriously consider whether uranium should still be classified as a ‘locatable mineral' governed by the hard-rock mining laws,” said Udall, a Democrat who has risked considerable environmentalist wrath by maintaining that a revived nuclear power industry in the United States needs to be part of an overall alternative energy mix that weans the nation off fossil fuels.

“I'm a co-sponsor of a mining law reform bill in the Senate — SB 796 — which would study whether uranium should fall under the Mineral Leasing Act system and be subject to a federal royalty that is shared with the state, and it could also provide additional requirements concerning how those leases are issued and operated.”

Norman Schwab, vice president of the Denver-based conventional mining division of Uranium One, says anyone proposing a royalty structure for uranium mining doesn't understand the business or appreciate the jobs and tax revenues mining generates.

“I think it's a silly comment because there's a vast amount of tax money that gets plowed back in many different ways, and obviously the spending power of the people that work on your mines actually gets spent at the site, in the town, or in the county or state,” Schwab said. He added that labor costs are much higher in the United States than in his native South Africa or other countries like Kazakhstan, where Uranium One pays significant leasing fees.

Furthermore, Schwab said the margins for mining uranium and other hard-rock minerals are so much lower than extracting minerals such as coal, oil and natural gas, which are taken out under lease agreements that are much more stringent than rules for removing so-called “locatable” minerals under the antiquated 1872 Mining Law.

“That's why the oil and gas can pay all sorts of royalties, because they're in the money,” Schwab said. “When you're making big money, fine, then you can tax it to death, but don't tax the thing until it's operational.”

Parsons argues royalties, particularly for uranium mining, could help cover the massive costs of cleaning up toxic messes dating back to the state's uranium-mining heyday in the 50s, 60s and 70s.

“On the front end [mining] we give this stuff away, and on the back end we end up with contamination problems that companies refuse to clean up,” Parsons said. “The industry as a whole has left a toxic legacy that they're not cleaning up.”

Uranium One simply gave up on its share of the Taylor Ranch/Hansen project outside of Cañon City in Fremont County, which the Australian mining company Black Range Minerals is still developing. Schwab said his company pulled out because of Colorado's regulatory climate that is unfriendly to mining interests and because the lingering legacy of past bad acts still stigmatizes the modern mining industry.

“The fact that there are legacy issues in the area … is really counterproductive,” Schwab said. “People haven't cleaned up the mess and yet now want to make another mess, so to speak, and you've got to overcome that sentiment and that perception.

“The Cotter Mill [in Cañon City] is clearly a mess that hasn't been tidied up yet, so why would you want more mess in your state?”

Parsons says that although 1872 Mining Law reform has passed in the U.S. House it remains stuck in the Senate.

“It is literally one person on the U.S. Senate who stops it at every turn, and that's Harry Reid (D-Nev.), and he does so because he's beholden to the mining interests because he's dependent on them for his reelection in Nevada,” Parsons said.