RealAspen News and Community Content Feed
By Real Vail
Real Aspen – June 23, 2013
Eagle County Chief Deputy Coroner Mikel Kerst has identified the two victims of this morning’s plane crash in Wolcott as Christopher Hall, 70, of Edwards and Garfield Brown, 69, of Gypsum. Hall was the owner and pilot of the Yak aircraft.

The crash happened at approximately 8:30 a.m. Sunday in a field near the Horse Mountain Subdivision. The plane was based out of Eagle County Regional Airport and had taken off around 8 a.m. No other injuries were reported.

An investigation and determination as to cause of the crash now fall to the Federal Aviation Administration and the National Transportation Safety Board. 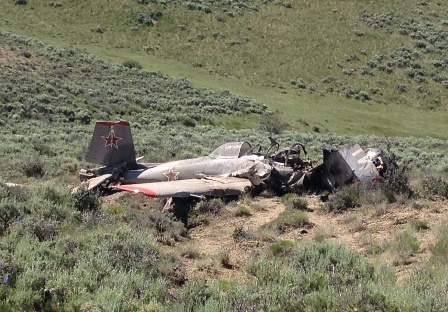