Men will race upper half of women's course, lower half of men's track

RealAspen News and Community Content Feed
By Real Vail
Real Aspen – June 11, 2013
When the world's best male and female ski racers come to Beaver Creek next ski season, they'll have to race on a hybrid combo of the legendary men's Birds of Prey downhill course and the new women's course that now won't make its true debut until the 2015 World Championships.

Ski Racing Magazine is reporting that the women's test event Nov. 29 to Dec. 1 likely won't even feature the full course, and the men's event Dec. 6-8 will also be raced on the top part of the women's course and the lower part of the traditional men's course.

The women's test event could mark the return from injury of Vail's Lindsey Vonn, who has been rehabbing hard in Vail and elsewhere after blowing out her knee at this year's World Championships. She won a women's World Cup super-G on the men's course. 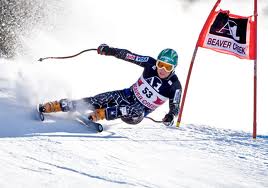 Here's the full report from Ski Racing on the course changes:

Beaver Creek's World Cup downhills will be quite different this year as both men and women will race the top half of the new women's course and the bottom half of the men's Birds of Prey track.

"There was no way we could get both downhills prepared that early in the year," said Ceil Folz, president of the Vail Valley Foundation, organizers of both the World Cup and the upcoming 2015 World Championships. "Had we stuck to the original calendar, it would not have been a problem."

The women's test event on the new downhill course was to run in the second week of December, but Peter Schrocksnadel, president of the Austrian Ski Federation, complained that having the test event so late in December kept the European teams in North America too long. Schrocksnadel prevailed and the consequence is the use of a merged downhill.

None other than Hans Pum, the sport director of the Austrian Federation that had demanded the change to begin with, did not like the use of both downhill courses.

Provided that the weather cooperates Beaver Creek may try to put enough snow down on the bottom of the women's course to allow its use from top to bottom for the ladies. "The temperatures will have to be really cooperative," Folz said.

Either way, barring stunning snowfall and frigid temperatures, The brink, Talon Turn and the Maier Panel will not be a factor for the men this December. They will race the top of the women's course and cross over to their normal Birds of Prey route from there.

"We will have all of the men's jumps, Screech Owl, Golden Eagle, Harrier, and Red Tail," Foltz said, noting that the top half of the new women's track was somewhat similar to the normal men's course.