RealAspen News and Community Content Feed
By Real Vail
Real Aspen – June 5, 2013
The number of real estate transactions was up 18 percent in Eagle County for the first three months of 2013 compared to the first quarter of 2012, according to an analysis by Land Title Guarantee Company. 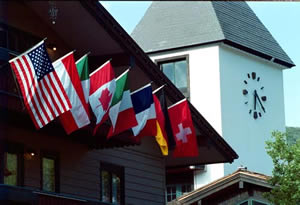 Land Title released its first-quarter analysis for 2013 on Tuesday, comparing real estate sales statistics to the first quarter of 2012 in a six-county resort region in Colorado’s central and northern Rockies. Eagle County is home to the ski areas of Vail and Beaver Creek.

Bank sales accounted for 15 percent or more of the gross sales volume for Eagle, Garfield (Glenwood), Pitkin (Aspen) and Routt (Steamboat) counties, meaning quite a few distressed properties from the real estate collapse of 2009 are still working their way through the system.

The number of real estate transactions in Pitkin County was up 13 percent in the first quarter of 2013 compared to the same three-month timeframe in 2012, but the average single-family home sold for 35 percent less.

The buyer profile for Pitkin County showed 55 percent of the properties sold were purchased by out-of-state buyers, 34 percent by local buyers, 10 percent international and one percent by Coloradan on the Front Range.

I found that site very usefull and this survey is very cirious, I ' ve never seen a blog that demand a survey for this actions, very curious... https://www.posterprintcenter.com/