RealAspen News and Community Content Feed
By David O. Williams
Real Aspen – April 4, 2013
The high end rode to the rescue of Eagle County’s slow real estate recovery in February, with four transactions of more than $5 million contributing $35 million in sales. That’s more than a third of the overall dollar volume of $95.1 million.

One Vail Village sale of $13.5 million accounted for the biggest chunk of that high-end volume in February, which saw a nice rebound in high-end sales after a slow start to 2013 in January. The biggest sale in January was for $2.9 million.

Overall, February was a slightly slower month for sales than January, which trailed January 2012 by 48 percent. There were 83 transactions in Eagle County this February, compared to 97 in January.

But, according to the monthly Land Title Market Analysis (pdf), Eagle County year-to-date in 2013 is only slightly behind the same two-month period in 2012 (180 transactions to 181).

In general, Eagle County appears to still be enjoying a modest recovery from the bursting of the housing bubble that began in late 2008. Last year saw a five-year high in terms of both dollar volume and transactions, but realtors warn that the market is still fragile. 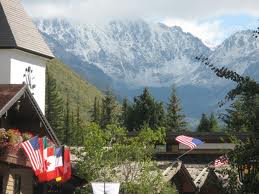 Vail Village remains a top real estate draw, with one transaction in February accounting for $13.5 million of the month's overall $95.1 million in sales for the month.

“There are so many factors out there that can derail us, and we learned four years ago that, yes, we can be derailed, much to our chagrin,” said Slifer Smith & Frampton’s Led Gardner. “But on the flip side there are a lot of positives out there too, and the high end kind of set the pace for the rest of the valley.

While high-end sales were up, lower to mid-range price points still accounted for the majority of sales in February, just as they did in January. And many of those sales on the west end of the county continue to be bank sales and foreclosures, although those transactions were down significantly in February.

Gardner was somewhat philosophical about the market moving forward in 2013.

“One thing we learned is how interconnected we all really are, and so if this trend continues on this nice, gradual, slow uptick, I think it’s really good for us looking ahead,” he said. “But there are many positives out there and there are things out there that can knock us off the fence again.

“So I think the key is to work hard and enjoy it while you can and see what happens.”

As if to underscore Gardner’s theory of interconnectivity, Land Title this year has started tracking where buyers originate from: local, Front Range of Colorado, out-of-state domestic, or international. And local buyers so far this year have accounted for 51 percent of all sales, while 31 percent have been out of state, 17 percent Front Range; and 2 percent international.

I was suggested this blog by my cousin. I’m not sure whether this post is written by him as nobody else know such detailed about my difficulty. You are incredible! Thanks! termite control

Like the comic greats, the duo gives Gamble and Hoitz a kind face, a gentle disposition and an honest heart. it security audit

This is very useful suggestions. I have to say I really like reading this article alot. It helps me to turn into better grasp about the subject. It is all well and good produced. I will definitely search for this kind of material incredibly intriguing. Hopefully you can present more one day. cloud security services providers

I have been following the same and glad to find this piece of detail from here. They have been hard working and determined to be getting those results. At the final, it was mind blowing efforts and all of them needs to be appreciated for their efforts. emeraldcutengagmentrings.com

everyone loves wedding parties, it is fun, it is lively and there are lots of food and drinks too, accident investigation data analysis software

While high-end sales increased, lower to mid-range price points continued to account for the bulk of purchases in February, as they did in January. And many of those sales on the west part of the county AND Penalty Shooters 2 are still bank sales and foreclosures, despite a dramatic drop in February.

I discovered your site ideal for me. It consists of wonderful and useful posts. I've read many of them and also got so much from them. In my experience, you do the truly amazing.Truly i'm impressed out of this publish สมัครบอล

I think this is an informative post and it is very useful and knowledgeable. therefore, I would like to thank you for the efforts you have made in writing this article. เว็บ บอลออนไลน์

It’s nearly impossible to find knowledgeable folks within this topic, however, you sound like do you know what you’re talking about! Thanks rodent bait

I your writing style genuinely loving this site. 5 on 3 off Schichtmuster

I used to be recommended this website by my cousin. I am no longer sure whether this put up is written by way of him as no one else realize such precise approximately my trouble. You are wonderful! Thank you! Creative Repute