Beaver Creek, Vail both total about a foot of new snow

Another storm headed into Colorado late next week

Beaver Creek officially reported a total of 13 inches at mid-mountain, and Vail reported 11 inches. Vail opens for the season on Friday, Nov. 16.

Arapahoe Basin and Loveland are the only two ski areas in Colorado open for business, but Copper Mountain, Wolf Creek and Keystone open on Friday, Nov. 2. Breckenridge opens on Friday, Nov. 9.

The recent storm brought much colder temperatures to Vail and Beaver Creek. 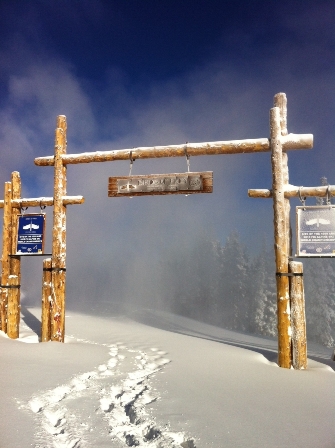 The entrance to the Birds of Prey on Friday.
Beaver Creek Resort

"Snowmaking crews also took advantage of optimal temperatures making snow on various parts of the mountain, including the Birds of Prey downhill course," according to a Beaver Creek press release on Friday.

The next chance of snow in Colorado won't come until later next week, according to Opensnow.com.

Both the men's and women's World Cup seasons kick off this weekend in Soelden, Austria, where Vail's Lindsey Vonn and Park City's Ted Ligety are the defending champions.

Eagle-Vail's Mikaela Shiffrin, 17, is racing at Soelden for the first time in her short World Cup career.

Bode Miller, who won in Soelden in 2004, won't be racing as he recovers from knee surgery last spring in Vail. Ski team officials hope Miller will be back in form to defend his Birds of Prey downhill title from last season.

Another Vail Olympian, 2006 moguls bronze medalist Toby Dawson, is being honored this weekend. Dawson is being inducted into the Colorado Ski and Snowboard Hall of Fame.

0 Comments on "Beaver Creek, Vail both total about a foot of new snow"