RealAspen News and Community Content Feed
By Real Vail
Real Aspen – October 3, 2012
Thirty-three years after a man was found in the woods outside of Aspen, shot to death, investigators have identified him as Donald. T. Allison.

Now detectives hope to figure out who murdered Allison.

Allison was found in the forest near Lenado, a tiny hardscrabble mountain village above Woody Creek, in August 1979. He had multiple gunshot wounds.

The homicide has perplexed detectives ever since. 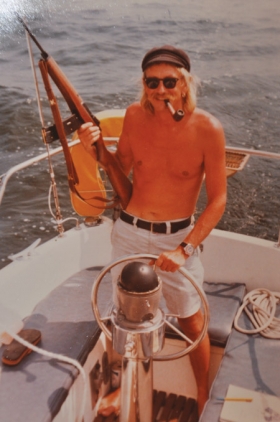 "Over the years, Pitkin County Sheriff’s Office investigators have continued to reexamine the case," a sheriff's press release stated. "Technologies have made huge advances since the homicide occurred, and the sheriff’s office is now taking every advantage of those increased forensic abilities, sifting through the evidence left at the scene to determine what old evidence may provide new clues. The Pitkin County Sheriff’s Office, working in collaboration with the Pitkin County Coroner’s Department, has already developed new and productive leads through a connection from a national missing-persons database. Information put into the database by investigators matched several elements of those entered by a law enforcement agency outside of Colorado in relation to Allison’s disappearance, ultimately leading to the identification of the remains as Allison’s."

Allison's daughter, Robin, of Jackson, Wyo., released this statement about the break in the Pitkin County cold case:

“As much as I would like for his story to be told, at this time I can not talk to you about Donald Allison. I am holding out hope that with the aid of modern technology this case will be solved. To talk to you now would hinder the efforts of the Pitkin County Sheriff’s Office Something, I am not willing to do at this point," she said. "... I can not stress enough how much I don’t want solving this case to be compromised because of too much information becoming public. In the future, when the situation is right I will be happy to talk to you. Thank you for taking an interest in this story."

Sheriff Joe Disalvo has asked that if anyone knew Allison, or has any information regarding the homicide, please call him at 970-920-5300, or send an e-mail to sheriff@pitkinsheriff.com.