“That is great news,” said State Rep. Beth McCann, D-Denver. “The poll results give me more confidence that Colorado voters don't think assault weapons need to be available to people other than police officers or those in the military.

“There is really no use for these weapons other than to kill as many people as possible, so I am very pleased. This is encouraging,” she said about the results from the PPP poll. 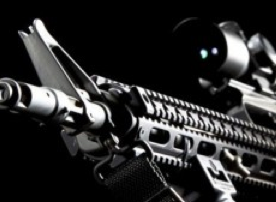 McCann previously told The Colorado Independent she may introduce legislation regulating assault weapons and ammunition in the next session of the Colorado Legislature.

Asked to explain why people would say they do not favor stricter gun laws but then say they do favor banning assault weapons and high capacity magazines, PPP polling analyst Jim Williams told The Colorado Independent that, as in all polling, it comes down to how the questions are drafted.

“If you ask a really broad question like ‘Do you think gun laws should be more restrictive?' people think of the worst case scenario, where people's hunting rifles would be taken away. But if you ask a more precise question, such as one dealing with assault weapons or high-capacity magazines, then they think more critically,” he said.

“Given the fact that the gun debate in this country is controlled by the gun lobby, it is interesting that people still come to the conclusion that we should ban assault weapons and high-capacity magazines,” she said.

Congressman Ed Perlmutter's campaign spokesperson told the Independent that the congressman continues to support both The Second Amendment right to bear arms and bans on assault weapons.

"Ed supports the Second Amendment, and he supports the reinstatement of the Assault Weapons ban," wrote Communications Director Leslie Oliver in an email. "It is time for Congress to get serious about sensible crime control measures."

In other PPP results, Coloradans support Amendment 64 to legalize marijuana 47-38, and they support civil unions by 57-37.

[Image of gun via Shutterstock]