RealAspen News and Community Content Feed
By Real Vail
Real Aspen – July 9, 2012
Eagle County in May enjoyed its best month for real estate sales in more than three years, but a whopping 22 percent of the 150 transactions were bank sales – suggesting the local market is far from fully recovered from the housing bubble burst of 2008.

Eagle County saw 33 bank sales in May, averaging $313,539 per sale and totaling more than $10 million, according to a report by Land Title Guarantee Company. Overall, Eagle County's 150 transactions pulled in more than $154 million – an 8 percent increase over 2011. 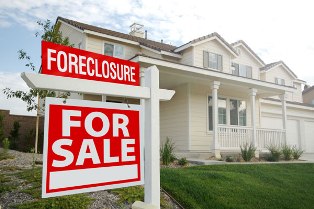 There have been 267 foreclosure filings so far in Eagle County in 2012, compared to 255 through June of last year, land-use attorney and real estate agent Garret Brandt told the Aspen Times.

At the very least, Eagle County is on pace to record a top three record year for foreclosures. The last three years are the three highest for bank sales, with 2009 coming in third at 452.

Statewide, it's little rosier picture. According to the Colorado Division of Housing, foreclosure filings were up in Colorado in May, but actual auction sales fell to a five-year low.

“Foreclosure auction sales have now been down 19 of the last 20 months, comparing year over year, and for now, we can say that fewer people have been losing their homes to foreclosure this year when compared to other years since 2007,” said Ryan McMaken, a spokesman with the Colorado Division of Housing.

“On the other hand, filings continue to rise, and since some of those filings will turn into re-possessed homes in the future, we can see that foreclosures haven't gone away yet.”

And locally, while the lower end of the market is still getting shelled by foreclosures, the upper end is clearly coming back with a vengeance. According to Land Title, there were 10 sales in Eagle County in May that topped the $4 million mark.
RealAspen News and Community Content Feed

we are the experts in Houston Real Estate. If online searching has given you a head start on home buying, we can amaze cheap houses for sale near me you with our awe-inspiring options. Whether you are ready to build a new one or just want to upgrade the older one.

Buying a home is one of the most important decisions you will make, and our local experts at eXp Realty are here to make the process as easy as possible. Real Estate near Berwick Pennsylvania

The best bike helmet has all the safety features.

Aw, this was a very nice post. Taking the time and actual effort to produce a superb article… but what can I say… I procrastinate a whole lot and never manage to get anything done. how to become an estate agent with no experience

It’s difficult to find well-informed people in this particular subject, however, you sound like you know what you’re talking about! Thanks https://greathomes4sale.com/

I have a real estate agency in Gran Canaria, Spain. My customers speak mainly English, German and Spanish and come from Germany, the UK, Spain and all of Europe. properties gran canaria

I blog often and I seriously appreciate your information. This article has truly peaked my interest. I'm going to bookmark your blog and keep checking for new details about once per week. I opted in for your Feed as well. sell my house fast

Hello, I do believe your website may be having web browser compatibility problems. Whenever I look at your blog in Safari, it looks fine however, when opening in I.E., it has some overlapping issues. I just wanted to give you a quick heads up! Other than that, great site! Real estate agent montreal

It’s nearly impossible to find well-informed people for this subject, however, you seem like you know what you’re talking about! Thanks Reco Real Estate Advisors in Kansas city

Hey there! I just wish to give you a huge thumbs up for your excellent info you have got right here on this post. I am coming back to your web site for more soon. Colorado real estate

I'm here to help you throughout your entire home buying and selling process. Trying to do it all on your own can be burdensome. I'll find you homes within your price range, help you find buyers, assist you with paperwork, and more. sold mls toronto

When it comes to insurance claims, inspecting Roofing Clarity the roof alone will always be insufficient without carefully evaluating all elevations for supporting collateral damage. Following a thorough protocol for inspections is a must. For a professional inspection with no obligation, give our team of specialists a call.

One way to know whether you've got a good agent (or not) is to consider some of the tasks and activities that a really good agent will manage for a client, then apply what you've learned to your own agent. If you don't have time to track down all of the things that a good agent should be doing for a buyer or a seller, then you're in luck: We've compiled a list so you don't have to. Michael Leduc

It’s hard to come by well-informed people in this particular topic, but you sound like you know what you’re talking about! Thanks Agent Immobilier Gran Canaria