RealAspen News and Community Content Feed
By Troy Hooper
The Colorado Independent – June 23, 2012
As partisan bickering grew heated this week, U.S. Rep. Scott Tipton, R-Colo., under pressure from his Republican colleagues, changed his vote on a fire-prevention measure at the last minute.

The congressman's change of heart helped kill Rep. Ed Perlmutter's amendment that would have dedicated more federal resources to fire prevention, especially in areas impacted by pine beetle infestation; required National Park System stores to retail only products made in America; and made sure a GOP lands package honored sovereignty agreements with Native American tribes.

“There is possibly no issue more timely and crucial than the subject matter of forest fires and fire prevention, and it's completely reasonable to ask my opponent why he turned his back on his Colorado values,” said Sal Pace, a Democrat state representative from Pueblo now running for Congress. 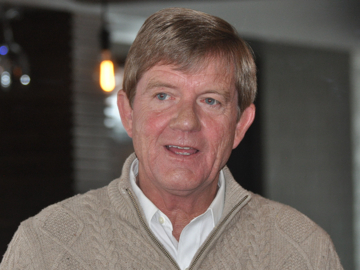 Pace said that when Tipton was asked why he flip-flopped, he remained silent.

“The Third Congressional District needs leadership in Washington, someone who will choose Colorado over party when faced with that choice,” Pace said. “My opponent has shown again that he does not have the leadership and backbone to represent the values of the people of the Third.”

Tipton's spokesman declined to clarify why the congressman first voted “aye” and then “no” but offered a joint statement from Tipton and Reps. Cory Gardner, Doug Lamborn and Mike Coffman, all Republicans from Colorado who voted against Perlmutter's fire package. Colorado's three Democrats — Reps. Perlmutter, Jared Polis and Diana DeGette — voted for it.

Tipton et al. claim Perlmutter's fire measure, which came as a motion to recommit, was designed to subvert the lands package. Gardner introduced the lands package, which promotes domestic drilling.

“We are already working on measures in the House that, unlike this political stunt, would actually offer real solutions to the widespread bark beetle epidemic and catastrophic wildfires,” they said. "Offering this motion was a cheap political move, and we are deeply disappointed in politicization of the loss of life and property. Trying to score political points off families who have lost their homes is shameful."

Democrats made the same accusation last week when Gardner called for an investigation into how federal roadless area policy may have contributed to what is now a 68,000-acre High Park Fire in northern Colorado. Gardner's opponent in the Fourth District, Colorado Senate President Brandon Shaffer, said it was “unfortunate that he wants to politicize this fire.” Environmentalists point out most of the High Park Fire is on private land and they say roadless policy has nothing to do with it.

“Today's Republican bill does practically nothing to address national forest policy, thinning, or wildland fire efforts,” Perlmutter said. "My amendment requires the federal government to focus on wildfire programs to identify problem areas, especially those infested with pine beetles, and take mitigating action. In addition, my amendment is about jobs. ... It is terrible to see 'Made in China' stamped on T-shirts, hats, and memorabilia sold at our national parks. My amendment requires national parks to sell gifts made in America. Finally, my amendment ensures this bill doesn't violate the sovereignty of Native American tribes. America made a promise to our tribes, and my amendment keeps this promise.”