Pace noted in a press release that Tipton has been criticized in the past for using his nephew's communications firm to run telephone townhall meetings. Pace said that Tipton's vote would likely benefit his nephew's business. 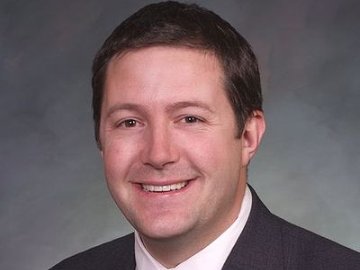 Tipton wasn't the only member of Congress unwilling to see the fund shrink. The amendment failed by a wide vote. Among the Colorado delegation, only Reps. Ed Perlmutter and Jared Polis, both Democrats, voted in favor of the funding cut.

"I would probably support cutting the franking budget," said Republican Robert Blaha who is running against incumbent Republican Doug Lamborn in the Fifth Congressional District.

Blaha said he would like to see a complete reevaluation of franking, given how much people are able to use the internet for communications today.

"He (Lamborn) has consistently used his franking privileges to campaign," said Blaha. "It is no what is illegal that is the problem in Washington, it is what is legal."

From the Pace press release:

While Tipton voted to defend his Congressional perks, he has voted three times this year for deep cuts to Medicare and benefits for homeless veterans. Rep. Sal Pace (D-Pueblo), who is running for U.S. Congress against Tipton, criticized Tipton's no vote, noting Tipton is more interested in getting himself re-elected and funding his family's company than fighting for creating jobs..

"No wonder a majority of Americans think Washington is broken, and my opponent is a prime example of why," Pace said. "My opponent has shown time and again that his priorities do not align with those in the third district. When spending millions of dollars on campaign-style mailers is more important than protecting Medicare and helping our veterans, it's obvious why so many are disgusted with Washington. My priorities in Congress will be the same as those in my district--growing the economy, improving education, providing opportunities for our veterans and protecting Medicare."

Congressman Tipton spent $33,759.36 on these campaign-style mailers in 2012 alone and sent over $25,000 to his nephew's firm to promote himself even though he promised to go to Washington to cut spending. According to a recent report, House Members sent out more than 77 million pieces of unsolicited glossy campaign-style mail at a cost of $28 million to taxpayers in just nine months last year.

Several phone calls to Tipton's offices were not returned.