RealAspen News and Community Content Feed
By David O. Williams
Real Aspen – June 4, 2012
A Vail Valley man who last month witnessed the deadliest day on Mount Everest in more than a decade, told RealVail.com that climbing companies and the Nepalese government must limit the number of climbers to avoid future tragedies.

“The sheer number of climbers needs to be capped at some point for the well-being of all visitors there,” said Dr. Jon Kedrowski, 33, who grew up in the Vail area and graduated from Eagle Valley High School. “I think it's vital that we recognize that the disaster that occurred was a direct result of too many people climbing the mountain at once.”

Kedrowski attempted to summit the world's highest mountain on May 20, the day after a traffic jam of hundreds of climbers was caught in a brutal storm that ultimately killed four people high on the mountain. Kedrowski did what he could to help but ultimately had to abort his summit attempt. He tried again nearly a week later and was successful on Saturday, May 26. 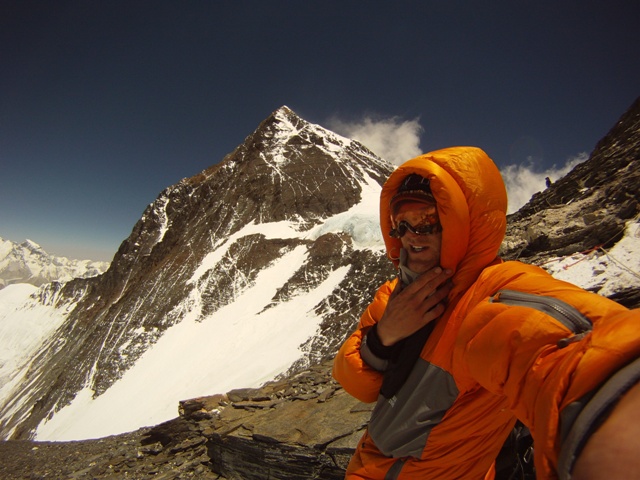 Jon Kedrowski with Everest in the background.
Courtesy of Jon Kedrowski
www.jonkeverest.org

“If the Nepalese government, the climbing expeditions and the climbers themselves continue to tolerate high volumes of climbers on excellent weather windows, we will sadly see deaths again in coming years,” said Kedrowski, who has a PhD in environmental geography and studied the environmental impacts of climbing during his nearly two-month expedition on Everest.

“It is going to take the Nepalese government and cooperating expedition companies taking a pay cut in order to help solve some of the problems, and I am not sure anyone involved over there is \ willing to sacrifice the almighty dollar for the well-being of Everest climbers, which is a sad deal indeed,” Kedrowski said.

Kedrowski said in an email interview over the weekend that he doesn't regret being on Everest on May 20 in the aftermath of the deadliest day since May 10, 1996, when eight climbers died during a season that ultimately saw 15 fatalities.

“In fact, climbing the peak on the 20th as opposed to when it was super-crowded on the 19th was actually the better plan,” he said. “The only thing that was bad about going the day after the crowds was that I had a chance to witness the climbers who took way too long in the crowds from the 19th and then see the climbers who got caught in the unexpected and mainly un-forecasted storm of the morning of the 20th.”

Some observers have been sharply critical of climbing's “save yourself” code in what's known as the “Death Zone.” 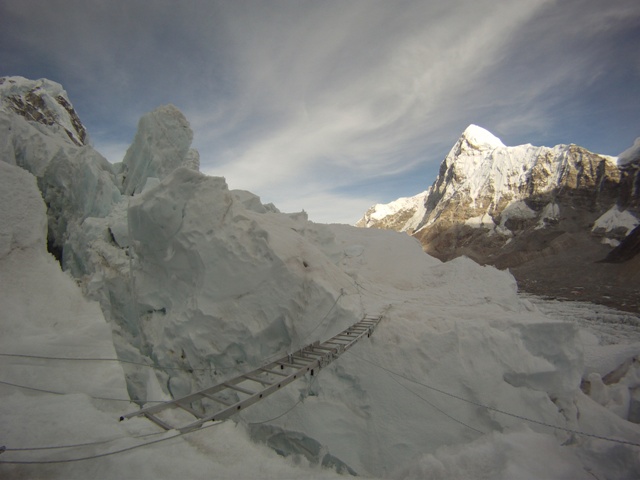 But Kedrowski said his teammate with SummitClimb, David O'Brien, went to extraordinary and heroic lengths to try to help dying climbers, injecting some with his own supply of Dexamethasone to counter the deadly effects of severe altitude sickness.

The shots seemed to have little effect, Kedrowski said, adding he later helped O'Brien get a distressed Polish climber safely back to Camp 4 on the South Col. But Kedrowski said it was apparent little could be done for the four climbers in the worst condition.

“At above 8,300 meters (27,000 feet), the state of each climber being either dead or very close to death, there wasn't anything I could've done for each of the climbers without jeopardizing my life further in the high winds and snowy conditions,” he said. “It's sad to say I couldn't help some of the others, but I felt I did what I could up there.”

Kedrowski blames the irrational push to summit at all costs – the refusal to back down and live to climb another day.

“Summit fever was the primary culprit from the 19th that led to the downfall and the deaths of climbers for the early morning hours of the 20th,” he said. “People refused to turn around when they were caught in lines just below the summit and ended up waiting in line below the summit for hours.”

Kedrowski said the huge numbers of climbers are also taking a toll environmentally.

“The data I've collected is indicating that there are high amounts of fecal contamination in and around the Khumbu Glacier and along Everest's primary climbing corridors,” he said, adding he took air and water samples all along his route and is eager to publish his findings in order to help the people of the Khumbu region.

The first climber to ever camp overnight (bivouac) atop all of Colorado's 14,000-foot mountains, Kedrowski has seen firsthand the impacts of the thousands of peak-baggers who set out to scale this state's 50-plus “Fourteeners.”

He wrote an article based on his master's thesis entitled “Assessing Human-Environmental Impacts on Colorado's 14,000-foot Mountains.” It was published in the journal “Mountain Research and Development” in 2009.

And Kedrowski's book about camping on Colorado's highest peaks comes out June 15. “Sleeping on the Summits: Colorado 14er High Bivys” chronicles how he slept on every 14,000-foot peak in Colorado in the summer of 2011, joined sometimes by his friend Chris Tomer (a meteorologist with FOX 31 TV in Denver). Copies can be ordered now on Kedrowski's website. 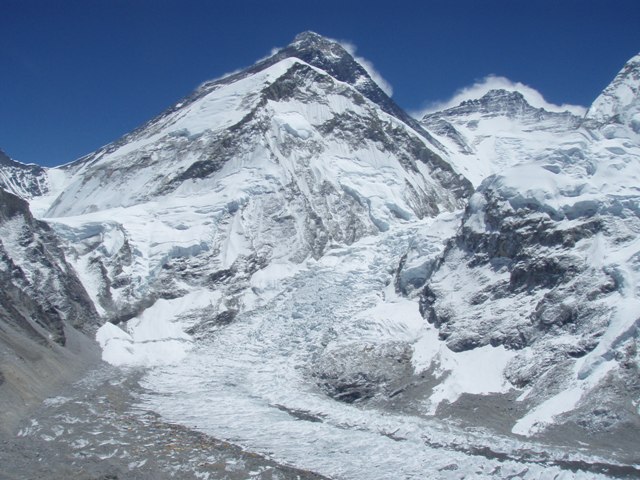