Camp Hale on U.S. 24 between Vail and Leadville has two fascinating histories: the very public tale of the 10th Mountain Division, which trained alpine ski troopers there who fought the Nazis in Italy in World War II, and a more secretive past that includes the training of Tibetan freedom fighters to battle the Chinese in the late 50s and early 60s.

That less-publicized mission, conducted by the Central Intelligence Agency, was for years a national secret, revealed only in bits in pieces beginning in the early 1970s. It was a raw source of controversy that stirred debate about nation building and clandestine meddling in the affairs of other countries, and it had ugly overtones that harkened back to the CIA debacle at the Bay of Pigs in Cuba in 1961. 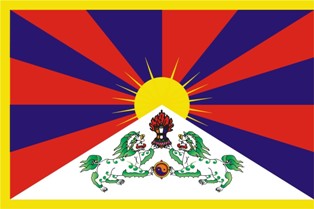 But on Friday, in a ceremony at Camp Hale I was unfortunately unable to attend, the equally unsuccessful attempt to resist the Chinese takeover of Tibet by training a couple hundred “Khampas” was revealed in full daylight and commemorated with a plaque at the behest of U.S. Sen. Mark Udall, D-Colo.

Vail Daily reporter Scott Miller attended and provided this account, which alludes to Udall's interest in mountain climbing (Tibet is the northern gateway to Mount Everest) and the service of his mother in the Peace Corps in Nepal (the southern gateway to Everest).

My wife, Kristin Kenney Williams, who in her past life before public affairs was a reporter at the Vail Daily and other publications, first wrote about the Camp Hale-CIA-Tibet connection in the late 1990s. She did a cover story for me as editor of the Vail Trail – which unfortunately is not online – that stemmed from her previous life as a researcher for a renowned non-fiction espionage writer.

Kristin and I first met as reporters at the Vail Daily in the early 1990s, but when we got married in 1995, we moved back to Washington, DC, where she resumed a college job she'd held doing research for David Wise, who in 1964 wrote “The Invisible Government” – which one critic called the “first full account of America's intelligence and espionage apparatus.”

That book was bitterly opposed by the CIA, which considered buying all available copies to keep it from public consumption. Now you can read the whole thing online courtesy of Oregon's nonprofit American Buddha. Another interesting read is the CIA book review of “The Invisible Government,” declassified in 1995.

“If this book is widely accepted at its face value within the United States, it can only reduce public confidence in the intelligence services and make it more difficult for them to recruit the able men and women we shall need in the difficult days that lie ahead,” wrote the CIA of Wise's expose co-authored with Thomas Ross. 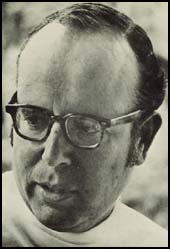 “The KGB technicians must find it hard to believe their good luck in being donated so much useful ammunition by a reputable American publisher [Random House] and two certifiably non-Communist journalists.”

Wise, born in 1930, is a great journalist and a fascinating man I had the good fortune to get to know during our year in DC in 1996. After serving as Kennedy administration White House correspondent and Washington bureau chief for the New York Herald Tribune, Wise went on to author numerous books on virtually every major spy scandal of the past four decades.

It was in his 1973 book “The Politics of Lying: Government Deception, Secrecy and Power” that Wise first revealed the Camp Hale training of Tibetan freedom fighters between 1958 and 1964. In 1961, a year before Vail even opened, the whole program was nearly exposed when a bus carrying some Tibetans to a Colorado Springs airport broke down.

When unexploded ordinance began cropping up around Camp Hale a few years ago, it was originally believed to be shells and ammunition left over from ski trooper training in the 1940s. But a 10th Mountain Division veteran told me it was far more likely the remnants of the CIA training of Tibetans, which operated under the cover of explosives being developed on the remote site. World War II era ordinance simply wouldn't have lasted more than 60 years, said Earl Clark of Littleton, 83 at the time.

“[The Tibetan mission] ultimately was stopped because as far as the guerillas were concerned the Chinese forces were so great in number that the operations of the guerillas against them were meaningless, and most of them were either captured or annihilated,” Clark told me 2003.

I had called him for comment on a contemporary story I was working on after I encountered a group of U.S. Army reservists that year heading into Camp Hale on snowshoes with M-16s and full packs. Their sergeant told me they belonged to a psychological operations (psyops) unit getting in some winter warfare training before heading to an undisclosed location overseas – most likely Afghanistan.

“We provide information, that's basically what we are,” then Sgt. Bruce Davis told me at the time. “In a layman's sense, we do marketing. We try to sell democracy and the concept of how it works.”

I was shocked to see modern-day soldiers still using Camp Hale, which is mostly just wide-open wilderness at the headwaters of the Eagle River, with just a few old foundations left over from the camp's glory days. I've since found out that special operations forces out of Fort Carson in Colorado Springs also still sometimes use Camp Hale for its original purpose.

Even more intriguing to me was the 324th Psyop Unit out of Denver using the camp for “hearts and minds” training.

“It's all bullshit,” warfare expert Donald Goldstein, professor of public and international affairs at the University of Pittsburgh, told me for that 2003 story. “Warfare has changed to the point that instead of just killing people, you have to understand them first.”

A couple of months later I interviewed Udall, then the U.S. Rep. for the 2nd Congressional District that includes Vail. He was doing a flyover out of the U.S. Army National Guard's High Altitude Aviation Training site at the Eagle County Regional Airport. The facility trains military helicopter pilots from all over the world to fly in heat and high altitude similar to places like Afghanistan, as I detailed in a 2006 article.

Udall at the time had just voted against a congressional resolution giving then President George W. Bush the authority to attack Iraq, instead preferring more diplomacy and United Nations weapons inspections. Combat troops just recently pulled out of Iraq, and no weapons of mass destruction have ever been found.

“My prayers and hopes go out to the families of the men and women killed,” Udall said at the time, sitting in a UH-60 Blackhawk helicopter, “and we all just hope and pray that [the war] ends soon.”

2 Comments on "Daylighting Camp Hale's shadowy past: from CIA training of Tibetan guerillas to modern-day psyops"

hellow, tashi delek to all members
i'm till confused on my father was tibet army ,as teacher of some platoon,,so i wants to know well is he in traned by cia or not,,i mean he was in during that time,,1958 to 1964,,everybody says friends of my father,,my father was in it colorado,,so ,my name is,,baba lobsang chomphel,,plz,