Aspen's chamber of commerce isn't the first to sever ties with the U.S. Chamber of Commerce over political differences. The chamber in Homer, Alaska, made national headlines when it canceled its membership last year.

“Homer was a unique story, but Aspen is an even more high-profile town with often outsized influence,” Schendler said Thursday. “It's the iconic ski town that often sets an example for others.”

At a retreat on Tuesday, the Aspen Chamber Resort Association's board voted 11 to 1 to withdraw its membership from the national organization. Tension between Aspen's chamber and the national one existed for years. The 680-member local chamber penned a letter to the national group in 2010 delineating its differences. But this year — which saw the driest winter in Aspen since the 1976-1977 season — politics are in overdrive thanks to the coming November general election. Several weeks ago, Aspen's chamber began feeling pressure from Schendler and his Aspen Skiing Co. bosses, the mayor, a pair of county commissioners and residents who had had enough of the local chamber's affiliation with the right-wing U.S. Chamber and its obstruction of solutions to climate change. 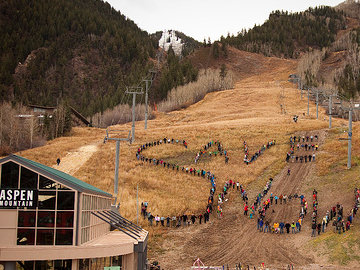 Aspen's leaders initially said they would continue paying the $800 in annual dues because they considered it a good value in return for the services the national chamber provides. But with the chairlifts idle and Aspen's streets clear of tourists after a warm winter brought the ski season to an early close, business leaders had more time to ponder the meaning of their membership.

“After a substantive and productive debate, the board ultimately decided that because the ACRA's mission is to be the unifying voice for and reflect the core values of our local business community and reflect their core values, it is important its own affiliations are in line with the city, the county, and the majority of business owners' views,” according to minutes from the Aspen Chamber Resort Association retreat. “An association with the U.S. Chamber, which so vigorously opposes important energy reform, is out of that alignment.”

The local chamber's recap continued: “Aspen's economy is inextricably tied to the future of the global climate and all area entities have deeply embraced the idea of reducing our carbon footprint. With our resignation from the U.S. Chamber, the ACRA shows its solidarity with this position.”

Blair Latoff, senior director of communications for the U.S. Chamber of Commerce in Washington, D.C., said the national group worked closely with the Aspen Chamber Resort Association for years on a variety of pro-business and pro-jobs issues, including immigration, transportation and tourism.

A survey released just last month showed that 77 percent of the Aspen Chamber Resort Association's membership supported the U.S. Chamber and voted to remain affiliated with it, Latoff noted.

“It's unfortunate that rather than working to establish a path forward, select members of the Aspen Chamber Resort Association Board chose to politicize their departure to benefit their own agenda,” he said. “The U.S. Chamber works with thousands of state and local chambers across the country and will continue to partner on the issues that impact job creators and our country's economic recovery.”

Debbie Braun, president of the Aspen Chamber Resort Association, said the local group had been with the national one since 2005 and that its membership will expire at the end of this month.

“I have heard from some of my U.S. Chamber contacts and they of course are sad to see us go,” Braun wrote in an email. “It is to be determined if other chambers will follow our lead.”

Now that Aspen is all-in in its protest, it remains to be seen if other community chambers will do the same. At least one of the leading voices in the debate believes Aspen will make a difference.

“It's a press magnet,” Schendler said. “It's home to wealthy and influential residents and guests. So when Aspen makes a move like this, others, and the U.S. Chamber in particular, know the message is not lost in the ether, but instead gets out to captains of industry, celebrities,and other high-leverage people. Aspen isn't the center of the universe, and I don't mean to overemphasize its importance.

"But the place has traction and influence," he said, "it just does."