RealAspen News and Community Content Feed
By Troy Hooper
Real Aspen – March 15, 2012
Fresh mountain air isn't what it used to be in Colorado.

Temperature inversions that prevent pollutants from escaping into the atmosphere are partially to blame for the brown cloud that has long hung over Denver in the winter, but last year the American Lung Association of Colorado issued a report card that gave four out of eight Front Range counties failing grades for ozone pollution. None of the eight counties received a grade higher than a “C.”

Now state officials have a plan to reduce pollutants by more than 70,000 tons annually by 2018. The U.S. Environmental Protection Agency preliminarily approved the plan last week. 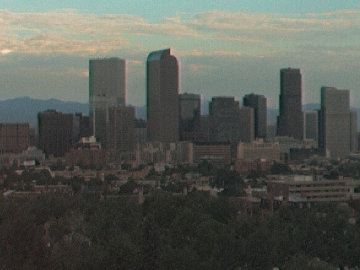 Gov. John Hickenlooper issued a statement touting the EPA's initial OK as "a ringing endorsement of a comprehensive and collaborative effort to address this issue.”

A key part of the plan is the 2010 Clean Air-Clean Jobs Act that the Colorado General Assembly passed to improve emissions controls; retire old, inefficient coal-fired power plants; and convert some electric-generating units from coal to natural gas.

The Colorado Air Quality Control Commission has also approved the plan that aims to annually subtract 35,000 tons of nitrogen oxides, which play a role in ground-level formation of ozone. It targets 16 facilities around the state including coal-fired power plants and cement kilns.

“Our plan will lead to less haze and improved visibility in some of Colorado's most treasured and scenic areas, including Rocky Mountain National Park, Mesa Verde, Maroon Bells and the Great Sand Dunes,” said Dr. Christopher E. Urbina, executive director and chief medical officer of the Colorado Department of Public Health and Environment. “Colorado has long recognized the importance of protecting air quality in national parks and wilderness areas, and has taken a leadership role in developing a plan that reduces emissions of pollutants that adversely impact visibility.The tremendous pollution reductions will also have significant public health benefits."

David Eves, president and CEO of Public Service Co. of Colorado, an Xcel Energy company, said the “EPA's proposal to approve Colorado's plan works for both the environment and our customers."

I want to to thank you for this great read!! I absolutely loved every little bit of it. I have you saved as a favorite to look at new stuff you post…