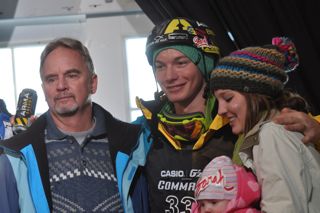 In just his second Winter X Games, Wise captured the top score of 93.00 before one of the biggest crowds to ever come out Buttermilk Mountain. Yater-Wallace, who won silver last year, managed to make the podium with his own bronze-winning performance in the 567-foot-long, 66-feet wide superpipe that boasts intimidating 22-foot walls.

"I felt like I was expected to do well," Yater-Wallace, 16, said. "I tried to put the pressure aside, but it is so hard as you are standing at the top about to drop. I am stoked that I am on the podium again."

Before the event, much of the attention was on Kevin Rolland's attempt at a three-peat. He came up just short, finishing fourth.

Wise, wisely, flew under the radar.

“I just didn't think about it as pressure,” said Wise of Reno, Nevada. “I just focused on the perfect halfpipe and perfect conditions. I just wanted to show the world who I am and what I can do. Thanks to everyone for giving me the opportunity to show you what I can do in the pipe.” 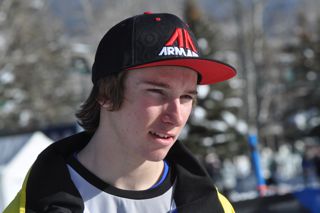 It was Wise's first X Games victory. The superipe requires such progressive skills and athleticism, it isn't surprising that Wise, 21, was the oldest guy on the podium.

Noah Bowman, 19, finished second. Bowman entered Winter X Games as a second alternate and didn't learn he would be in the competition until two hours before the elimination round.

"It was kind of nice, I was just looking at this week as a good practice week - having fun with it," Bowman said.