Vonn, the Olympic downhill champion and Ski and Snowboard Club Vail (SSCV) product, dropped to her left hip a few gates before the finish line but made a quick save to stay on an icy course. 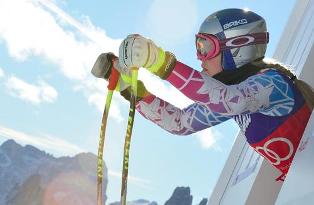 GS is typically Vonn's weakest event, but she won the opener in Soelden, Austria, for her first career victory in the discipline and is now third in the World Cup giant slalom standings.

"Lindsey had an OK first run, but she was really charging in the second run," coach Alex Hoedlmoser said. "We thought she was going to take the lead, but then she slipped a few gates from the finish and actually had to put both hands on the snow to save it. Without that, she might have been in it for another GS win. Still, she took some great points today and is consistently showing that she can challenge for the top of the podium in GS."

A slalom is scheduled for Sunday in Kranjska Gora, with teen sensation Mikaela Shiffrin, of Eagle-Vail -- another SSCV racer -- returning to action,

Positive site, where did u come up with the information on this posting?I have read a few of the articles on your website now, and I really like your style. Thanks a million and please keep up the effective work.I learn some new stuff from it too, thanks for sharing your information. https://www.posterprintcenter.com/adhesive-vinyl.html