Environmentalists feel left out in cold on Denver Olympic committee

RealAspen News and Community Content Feed
By David O. Williams
Real Aspen – January 5, 2012
Colorado conservation groups are questioning the makeup of a special state committee set up by Gov. John Hickenlooper to explore hosting the 2022 Winter Olympics – an ominous sign in light of environmental concerns that in part led to Colorado voter rejection of the 1976 Olympics.

“Given that environmental concerns in part derailed the Olympics in 1976, you'd think a prominent environmentalist would have been a key appointment on this committee,” said Gary Wockner, an environmental activist in Fort Collins.

“Environmental issues such as air quality, traffic congestion, climate change, forest health, population growth, and water need to be considered in this Olympic bid,” he added. 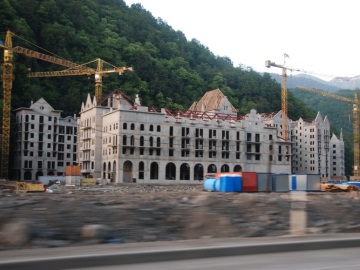 Still, Hickenlooper and Denver Mayor Michael Hancock have been making moves to position Colorado for the next available Winter Games in 2022, including setting up the Denver Exploratory Committee last month. Colorado U.S. Sen. Michael Bennet has urged the USOC to resolve its financial dispute with the IOC soon so Colorado can submit a bid by the end of 2013.

But Wockner and others in Colorado's conservation community say environmental concerns are just as prevalent today (perhaps more so) as they were in 1972 when then state lawmaker Dick Lamm led the charge to reject the 1976 Denver Winter Olympics already awarded by the IOC.

Colorado became the first host ever awarded the Games to later reject them after Denver metro area voters in 1972 decided not to commit the necessary tax dollars.

Lamm, who later was elected governor, declined to comment for this article, but in the past has defended the push to turn back the Games.

“I come down on believing strongly that the voters did the right thing,” Lamm told the Colorado Independent in an e-mail several years ago. “The history of the Winter Olympics was a history of red ink, and I believe it would have left Colorado with a very large expense and a worse environment.”

Some in Colorado's resort industry are still sharply critical of Lamm's anti-Olympic campaign. Vail Mayor Andy Daly points to the Salt Lake City Olympics in 2002 that made money and significantly upgraded the state's transportation system, and mass transit to the mountains to fix the clogged Interstate 70 artery is seen as one possible environmental win from a 2022 bid.

“The idea of hosting the Olympics is exciting and presents a number of potentially powerful ‘win-win' opportunities for Denver and Colorado,” said Pete Maysmith of Colorado Conservation Voters.

“Having said that, we know Coloradans are passionate about protecting our environment. Any serious look at whether or not to pursue a bid should evaluate environmental impacts and include voices from the conservation community in the conversation.”

Hickenlooper's office referred questions about the makeup of the committee to Sue Baldwin, director of event development and marketing for the Metro Denver Sports Commission, or Denver Sports.

“The exploratory committee is a first step in what will be a long process to answer many questions about a potential bid,” Baldwin said in an email. “Essentially to start the basic framework of the evaluation process and build it out from there.

“There absolutely has to be a big tent, and [there] will be many opportunities for interested and educated parties to participate. Our objective is to be inclusive and transparent in the process and we will look to expand the group after this initial stage.”

Even some Olympic athletes have questioned hosting the Games in coastal regions and near cities not known for abundant natural snowfall, including the Vancouver Winter Olympics in 2010, where rail service between the city and mountain resort of Whistler was actually discontinued prior to Games.

The next Winter Games will be held on the Black Sea in Sochi, Russia, in 2014. After that, the Olympics will be held in 2018 in PyeongChang, South Korea, where questions have already cropped up about a lack of alpine credibility.

Even in a low snow season like this one, Colorado is seen as cold enough and high enough for the sustained snowmaking necessary for major international events. In December, Beaver Creek hosted World Cup ski races cancelled in Europe because of a lack of snow.

For a tournament that started more than 60 years ago in 1958, thiseuro 2020 live stream free is the first time that it will be held throughout the continent in 11 different countries.

Spot on with this buy pure cocaine powder write-up, I truly believe that this amazing site needs much more attention. I’ll probably be returning to Munckin Kittens read through more, thanks for the information!

Hello there! Heroin for sale I just want to offer you a big thumbs up for the great info you have right here on this post. I'll be coming back to azzalura 125iu your website for more soon.