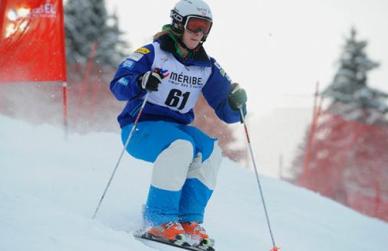 Hannah Kearney on her way to another win in France.
U.S. Ski Team

"I'm incredibly proud that our skiers are the most consistent among the whole World Cup," said U.S. moguls coach Garth Hager. "After a long day of training and competing they are all looking forward to proving themselves next time."

Tuesday's win was the 21st career victory for Kearney and ninth straight moguls or dual moguls win dating back to last season.

Athletes endured near blizzard conditions during finals after training in clear conditions all week.

The women next compete in a dual moguls event Jan. 14 in Mont Gabriel, Quebec.

"This is a great way to head home for the holidays from Europe," Kearney said. "I won the qualifying run, so I had some good confidence going into the competition."