RealAspen News and Community Content Feed
By David O. Williams
Real Aspen – November 14, 2011
A whole lot of wind rocked the high country Saturday and Sunday after a blustery storm system brought a lot of energy but not much snow. Still, every little bit helps at this time of the year.

A few inches of new snow fell over the weekend on ski areas – Breckenridge and Winter Park – that opened on Friday and Saturday, respectively. But the big winner in the disappointing storm cycle was Loveland Ski Area, which recorded 11 inches new during the 48-hour span.

Steamboat also got a lot of new snow on Saturday, but it doesn't open for the season until Wednesday, Nov. 23. The Vail Valley saw about 4 or 5 inches over the weekend, but Vail doesn't open until Friday, when it will crank up the lifts in both Lionshead and Vail Village. 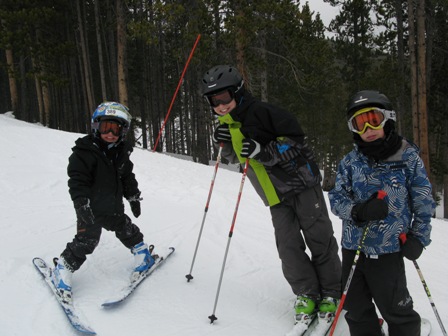 The weekend wave of storms was most notable for wind gusts that topped 100 mph in some places. More waves of weak northwest flow will pass through the Vail Valley today and Tuesday, bringing the chance of a couple more inches of snow each night and during the day.

Then forecasters say things will clear off and warm up until the next significant storm system this coming weekend.

Snowmass opens earlier than scheduled on Saturday, followed by a slew of other resorts next week in time for the Thanksgiving holiday, including Beaver Creek on Wednesday, Nov. 23.