RealAspen News and Community Content Feed
By Real Vail
Real Aspen – November 6, 2011
A winter storm stalled out and moved slowly through Colorado over the weekend, delivering more than a foot of fresh snow to the state's southern mountains and a few inches new to the north-central mountains on Saturday.

Originally forecast to move in Friday night, the storm didn't hit the Vail Valley until late Saturday afternoon and early evening. It produced about 4 or 5 inches in Vail. Nearby ski areas now open for the season – Arapahoe Basin, Loveland, Copper Mountain and Keystone – only reported 2-3 inches new this morning.

Wolf Creek Ski Area in southern Colorado, now open seven days a week, was the big winner with more than a foot of fresh snow. 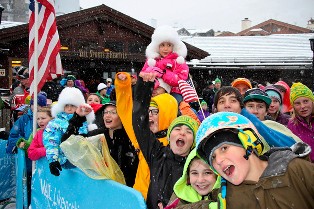 For Vail, which doesn't open for the season until Friday, Nov. 18, the fourth significant winter storm of the fall season means more natural coverage, a boost to snowmaking efforts and the possibility of expanded terrain offerings for opening day.

The next resort scheduled to open for the season is Breckenridge on Friday, Nov. 11. Beaver Creek opens on Wednesday, Nov. 23.

Forecasters are calling for another 2-4 inches of snow Monday night, but the rest of the week looks fairly sunny and dry.

This was a shocking post. It has some look at here fundamental data on this subject. duboku