"This ruling does not preclude further litigation, which could continue to create uncertainty," Colorado Department of Natural Resources Executive Director Mike King said. "As a result, we will continue working to finalize the Colorado rule so we can provide clear and appropriate direction on the management and protection of national forest roadless areas in Colorado." 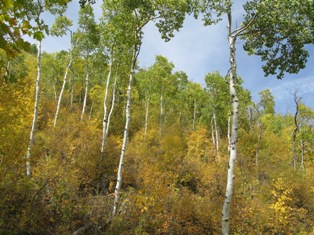 The Clinton rule limited road building on nearly 60 million acres of federal lands for industries such as mining, logging and oil and gas development, including more than 4 million acres in Colorado. The Bush administration set aside the Clinton rule early in 2001, paving the way for more than a decade of legal wrangling.

In 2008, a federal court in Wyoming found that the roadless rule violated federal environmental law. Friday's Court of Appeals decision overturns that 2008 ruling and opens the door for the Obama administration to enforce the Clinton rule.

In 2005, the Bush administration moved to a state-specific petition process that allowed individual states to draft their own roadless rules. Only Colorado and Idaho went that route, with then Colorado Gov. Bill Owens launching a six-year process that still has not been finalized.

Conservation groups have criticized the Colorado Roadless Rule for allowing too many exemptions for coal mining, logging and ski-area expansion.

“The decision clears the way for the Obama administration to fulfill its promise to enforce the roadless rule as the law of the land,” said Jane Danowitz, director of the Pew Environment Group's U.S. public lands program. “It also allows the administration to reject a flawed Colorado plan to manage national forests there, developed as an ‘insurance policy' when the national rule's legal status was in doubt.”

Sportsmen's groups have been working with Colorado officials and the U.S. Forest Service to make improvements to the Colorado rule, while simultaneously opposing recent legislation in the U.S. House called the Wilderness and Roadless Area Release Act (H.R. 1581) that would essentially invalidate the 2001 Clinton rule.

"As a fourth-generation Coloradoan, I am pleased with today's ruling from the 10th Circuit Court of Appeals," DeGette said in a statement. "Along with the 9th Circuit's 2009 ruling, it removes the cloud of uncertainty that has lingered over the Roadless Rule for almost a decade, and will help ensure future generations have the same access to our country's pristine outdoors that we enjoy today."

The latest draft of the Colorado rule was deemed a better try by some Colorado conservation groups but still a miss. DNR's King has long maintained that the Colorado rule is better than the legal limbo faced by the Clinton rule and that the state rule recognizes the new dynamic of the ongoing mountain pine bark beetle epidemic by allowing for better thinning of dead and dying forest around mountain communities.

In 2009, a federal appeals court for the Ninth Circuit upheld a lower court ruling in favor of the 2001 Clinton rule. At that time, the Wyoming federal court decision was still being appealed, so Colorado elected to stay the course and continue drafting its own rule. The same is true two years later.

"The Colorado Roadless Rule is based on the essential elements and structure of the 2001 Roadless Rule that the 10th Circuit Court has today reaffirmed," Kind said Friday. "Starting in 2005, Colorado has been engaged in an extensive public involvement process to develop consensus on a rule that makes sense for the various needs and uses of our forests while also finding ways to provide strong protection of these lands.

"That process has benefited from updated backcountry inventories for true roadless characteristics, the identification of high-value fish and wildlife habitat, and developing narrowly-tailored accommodation of activities critical to local economies that also includes wildfire protection for mountain communities."

Now the pine beetle epidemic has claimed more than 4 million acres of lodgepole pines in Colorado and Wyoming. The Colorado Roadless Rule includes road-building exemptions for wildfire mitigation up to a half mile into the national forest near threatened communities.

But the Colorado rule also includes exemptions for oil and gas leases issued after the Clinton rule was set aside by the Bush administration and fo coal mining along the North Fork of the Gunnison River, where companies need to build roads to vent methane from underground coal mines. Those exemptions drew criticism from the U.S. Environmental Protection Agency.

President Barack Obama, when he was running for office, expressed support for the Clinton rule on a League of Conservation Voters survey:

“Road construction in national forests can harm fish and wildlife habitats while polluting local lakes, rivers, and streams," Obama said. "The Roadless Area Conservation Rule — which was made on the basis of extensive citizen input — protects 58.5 million acres of national forest from such harmful building. I will be proud to support and defend it.”

It seems as if conservation groups will now try to hold him to that promise, especially in Colorado.

I have seen that many reliable policies of Clinton. The most fearful policy made by the Clinton was in 2001 and it was because of top 10 essay writing services the incident that happen 9/11 which made the whole America fearful and everyone was in grief.

A unincorporated business' presence, [url=https://www.3ecpa.com.sg/services/company-setup/singapore-company-incorporation-services/]Singapore company incorporation[/url] just as its activity, is by and large disturbed by the withdrawal or demise of one of the proprietors. Take away this risk from your business by fusing. Likewise, the proprietorship interest in a unincorporated business might be undeniably challenging to move.