RealAspen News and Community Content Feed
By Real Vail
Real Aspen – October 8, 2011
Wolf Creek Ski Area in southern Colorado opened this morning with 32-inch mid-mountain base and 35 inches at the summit, becoming the first ski resort in Colorado to open for the 2011-12 ski season.

Wolf Creek, which has received nearly four feet of snow since Thursday, set a new record for its earliest open ever. Its previous mark was Oct. 27, 2006. About 1,300 snow riders came out to make tracks on 600 skiable acres served by three chairlifts.

“Colorado only ended its 2010-11 season in July, and here we are in early October already celebrating a resort opening,” Melanie Mills, president and CEO of Colorado Ski Country USA, said in a release. “At this rate, Colorado is practically a year-round ski destination.” 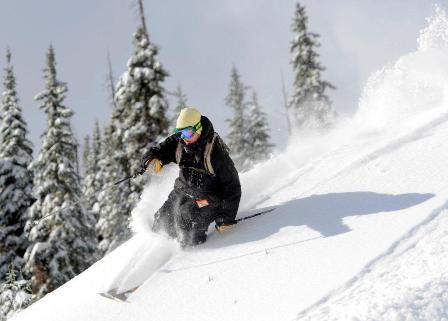 Arapahoe Basin closed in July after a record season for snowfall in 2010-11. A-Basin and Loveland Ski Area usually duel for first-to-open honors in Colorado, but this week's massive southern storm allowed Wolf Creek to grab the title this season.

Wolf Creek will remain open through Monday (Columbus Day) and then reopen Saturday and Sunday, Oct. 15-16 after not operating Tuesday through Friday.

Wolf Creek is a throwback ski area off the beaten path near Pagosa Springs in southern Colorado. It's long battled the massive base-area development of much larger resorts, and every season it seems to win the annual snowfall battle.

Steady snow has been falling throughout the day in the Vail Valley but is expected to taper off by the weekend and give way to warmer temperatures at the beginning of the week.

Beaver Creek officials put out a press release this afternoon saying "snowmakers are busy preparing to fire up snowmaking systems in the coming week." The Birds of Prey World Cup races are scheduled for Dec. 2-4. 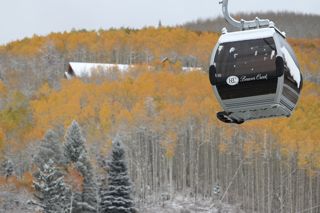 Fresh snow and aspens at Beaver Creek today.
Beaver Creek
At Vail, the Golden Peak training facility for the U.S. Ski Team anticipates opening Nov. 1, more than two weeks before the mountain opens to the public.

For more information about Wolf Creek or any of Colorado Ski Country USA's 22 resorts, go to www.ColoradoSki.com.