Now that Apple's visionary co-founder has left earth, this is the company he keeps.

Jobs is one of the most inspirational and impactful entrepreneurial spirits in American history.

He was a tech pioneer who helped usher in the era of personal computers in 1976 and stuck with it to revolutionize how media is experienced to this day. A college dropout, Jobs was among the most successful rebels of our time. Dead at 56, he commands the utmost respect from those with the stiffest of collars and from the protestors camped out on Wall Street who stopped booing CEOs to mourn the loss of the tech icon. 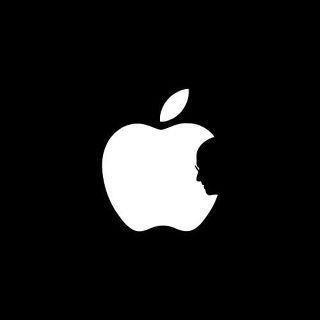 In a short subscriber-only essay on TIME.com this week, Isaacson wrote how he came to write the man's authorized biography:

"In the early summer of 2004, I got a phone call from him. He had been scattershot friendly to me over the years, with occasional bursts of intensity, especially when he was launching a new product that he wanted on the cover of TIME or featured on CNN, places where I'd worked. But now that I was no longer at either of those places, I hadn't heard from him much," Isaacson wrote.

"We talked a bit about the Aspen Institute, which I had recently joined, and I invited him to speak at our summer campus in Colorado. He'd be happy to come, he said, but not to be onstage. He wanted, instead, to take a walk so we could talk. That seemed a bit odd. I didn't yet know that taking a long walk was his preferred way to have a serious conversation. It turned out that he wanted me to write a biography of him. I had recently published one on Benjamin Franklin and was writing one about Albert Einstein, and my initial reaction was to wonder, half jokingly, whether he saw himself as the natural successor in that sequence. Because I assumed that he was still in the middle of an oscillating career that had many more ups and downs left, I demurred. Not now, I said. Maybe in a decade or two, when you retire. But I later realized that he had called me just before he was going to be operated on for cancer for the first time," Isaacson wrote.

Jobs knew he was dying.

Isaacson last interviewed Jobs about a month ago, just before, and right after, he resigned his post as CEO of Apple.

"A few weeks ago, I visited Jobs for the last time in his Palo Alto, Calif., home. He had moved to a downstairs bedroom because he was too weak to go up and down stairs," Isaacson wrote. "He was curled up in some pain, but his mind was still sharp and his humor vibrant. We talked about his childhood, and he gave me some pictures of his father and family to use in my biography. As a writer, I was used to being detached, but I was hit by a wave of sadness as I tried to say goodbye. In order to mask my emotion, I asked the one question that was still puzzling me: Why had he been so eager, during close to 50 interviews and conversations over the course of two years, to open up so much for a book when he was usually so private? 'I wanted my kids to know me,' he said. 'I wasn't always there for them, and I wanted them to know why and to understand what I did.'"

While we await the release of the biography, the world is mourning and celebrating Jobs' brilliance.

His commencement speech at Stanford in the summer of 2005 is the stuff of legend.

"Remembering that you are going to die is the best way I know to avoid the trap of thinking you have something to lose. You are already naked. There is no reason not to follow your heart. ... Stay hungry. Stay foolish," Jobs said.

It is true that the genius founders create top brands in the world, It's a pity that Isaacson last interviewed Jobs about a month ago, just before, and right after, he resigned his post as CEO of Apple. or interesting experiences, visit venge io

High-Protein CBD Energy Snack Bars Gluten Free Hemp Extract Bars 5280 Bars : Gluten free CBD snack bars anyone? Our delicious energy bars are packed with delectable flavor, hemp extract and all the nutritional goodness you need for a boost of energy. Give them a try along with our other hemp protein products today!

There were several frustrating and numerous articles and articles and so named facts when it comes to the Indicating of Roses and the language of Roses.
[url=https://rosecode4u.com]Rose bear[/url]

Good blog. Keep sharing. I love them Are you also searching for Cheap assignment writers? we are the best solution for you. We are best known for delivering writing services to students without having to break the bank

I love your creativity. Are you also searching for academic nursing admission essay? we are the best solution for you. We are best known for delivering quality essay writing services to students without having to break the bank

I precisely needed to thank you. I don't have a clue about the things that I might actually concoct the thoughts you have given me without your whole inventiveness, thoughts uncovered here in your site was a particularly grateful for individuals like me. Im truly distressing difficulty on how im going to run my project yet your site is one that remain as my direction. You have worked effectively. Hope your doing well. baccarat

I have been browsing on-line more than three hours lately, but I never found any attention-grabbing article like yours. It?s pretty value enough for me. Personally, if all webmasters and bloggers made just right content material as you probably did, the internet will be much more useful than ever before. check this out