Usually a two-resort race to be first to open in Colorado, the annual contest will likely be claimed by the dark-horse southern ski area of Wolf Creek, which will open Saturday after being hammered by three feet of new snow.

Loveland and Arapahoe Basin typically duel for the title of first in Colorado, with Loveland winning the race last year on Oct. 24, but Mother Nature played favorites with a storm that dumped much more in the state's southern and southwestern mountains. 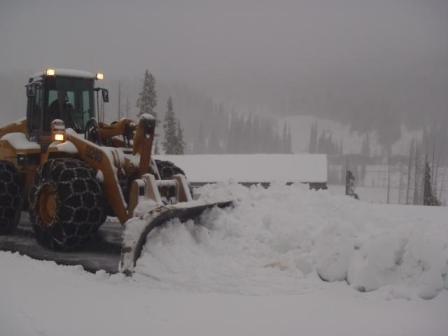 Moving mountains of snow at Wolf Creek Thursday.
Wolf Creek photo
A few inches of fresh snow and much colder temperatures did descend on the north-central mountains Wednesday and Thursday, allowing Copper Mountain to start snowmaking Wednesday night and Loveland to crank up the guns Thursday afternoon.

“Firing up the snow guns in the middle of a blizzard is a great way to kick off the countdown to the season,” Loveland marketing director John Sellers said. “The start of snowmaking means that opening day is just around the corner.”

At Arapahoe Basin, COO and Vice President Alan Henceroth posted this blog entry on Thursday: "The snow guns were turned on at around 4 p.m. today. The race has begun!"

That would be the race to be the first resort in north-central Colorado to open.

Wolf Creek Vice President Rosanne Pitcher told the Associated Press that ski area officials plan to be open Saturday and Sunday and will likely determine on Saturday whether to the lifts going or shut down and then re-open later in the season. This is earliest Wolf Creek has ever opened. Its previous record was Oct. 26. 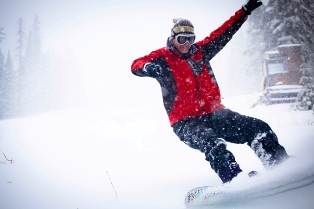 is billing its Saturday opening as a three-fer, with three feet of snow and three chairlifts running for $33 for an adult lift ticket ($19 for kids).

Forecasters are calling for a second wave of mountain snow Saturday evening into the day Sunday.

Timberline in Oregon already beat everyone to first in North America honors. Having just received new snow, the Pacific Northwest resort is open on weekends.