“It is no wonder this act received broad bipartisan-support, as it will bring strengthened economies and increased job creation to communities across 13 states,” said Rep. Diana DeGette, D-Denver. “In these tough economic times, when so many are struggling for help and opportunity, I urge my Senate colleagues to pass this bill as quickly as possible.”

DeGette is an original sponsor of the bill in the House. She was joined by Colorado co-sponsors Jared Polis, Ed Perlmutter, Scott Tipton, Cory Gardner and Mike Coffman. 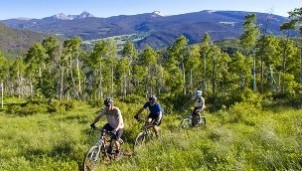 The bill amends the National Forest Ski Area Permit Act of 1986 to allow for other recreational uses besides just alpine and Nordic skiing on ski areas that operate on public lands in 13 states. Year-round activities like concerts, mountain biking, zip lines and Frisbee golf would be allowed, while swimming pools, golf courses and amusement parks would be prohibited.

Colorado Sen. Mark Udall introduced a companion bill in the Senate and has been trying to pass similar legislation for years.

“My bill would help the mountain communities create jobs and boost their economies while creating more recreational opportunities for Coloradans to visit the mountains," Udall said. “It's time for the Senate to follow the House's lead and pass my bill on the floor.”

The bill passed out of the Senate Energy and Natural Resources Committee in July.