Charles Koch at Vail-area confab: 2012 election 'Mother of All Wars' against Saddam Hussein

Energy and chemicals billionaires Charles and David Koch have taken to Colorado's high country in recent years (last year they were in Aspen) to raise big bucks for the Tea Party movement and develop a plan for toppling President Barack Obama in 2012. 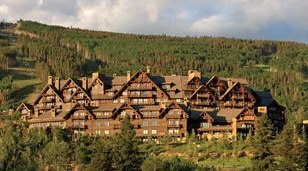 This summer's top-secret, tightly secured and heavily patrolled meeting near Vail drew Republican presidential frontrunner Rick Perry, who only reluctantly acknowledged his attendance after the fact. It also drew protesters from various progressive groups who gathered at Avon's Nottingham Park at the base of the resort.

While the full audio and transcript is available on the Brad Blog, the highlight seems to be this comparison by Charles Koch between the late Iraqi strongman Saddam Hussein and Obama:

“But we've been talking about --- we have Saddam Hussein, this is the Mother of All Wars we've got in the next 18 months. For the life or death of this country. So, I'm not going to do this to put any pressure on anyone here, mind you. This is not pressure. But if this makes your heart feel glad and you want to be more forthcoming, then so be it.”
RealAspen News and Community Content Feed

5 Comments on "Charles Koch at Vail-area confab: 2012 election 'Mother of All Wars' against Saddam Hussein"

Awesome site. Everyone wants to know the secret of your webmaster. People like me ask and seek for every discussion to get some ideas and inspiration. This could be a big hit for me as a new researcher. Keep me in touch. Have a great day. Speaking of site, Please visit: แทงบาคาร่า

I would also motivate just about every person to save this web page for any favorite assistance to assist posted the appearance. เกมสล็อตออนไลน์

The article posted was very informative and useful. You people are doing a great job. Keep going. 바카라 사이트