Denver-based Antero Resources, the company revealed to be disposing of oil and gas drilling waste in Eagle County earlier this month, is now being hit with more legal action stemming from its natural gas drilling activities in neighboring Garfield County.

According to the Glenwood Post Independent, the Aspen law firm of Thomas Genshaft filed a class-action lawsuit against Antero on behalf of the 5,000 residents of the Battlement Mesa subdivision, an unincorporated community along Interstate 70 in Garfield County. 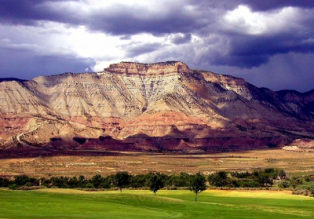 The suit, which names six specific Battlement Mesa residents as plaintiffs, seeks a jury trial and alleges Antero's current and future drilling activities “threaten the health and well being” of the residents of the former Exxon oil shale company town turned retirement community, according to the Post Independent.

The lawsuit filed in Denver District Court late Wednesday comes on the heels of another Genshaft lawsuit against Antero filed on behalf of a Silt Mesa family alleging drilling contamination chased them off their property.

That suit was filed in conjunction with Genshaft's New York City partner, Napoli Bern Ripka and Associates – the firm that won huge awards in a class action suit against the city stemming from health risks associated with the World Trade Center cleanup.

Battlement Mesa residents have long accused Garfield County of failing to protect their health and welfare and promised not to give up in the wake of the county pulling the plug on its controversial Health Impact Assessment earlier this year.

I wrote a story earlier this month revealing that Antero is the only company utilizing the Eagle County Landfill to dispose of oil and gas drilling waste. The county is now “moving away” from accepting contaminated soils and the county commissioners will have the ultimate say if Antero or any other operator seeks to dispose of pit liners, which were banned in Garfield County in 2009 because of toxic contaminants.

All contaminated soils and other drilling waste from Antero have been tested according to strict state health and environmental standards, according to Eagle County officials.