Rockies' run may be over, and its demise can be traced to inaction at trade deadline

The Colorado Rockies did nothing to improve their team at the trade deadline. The division-leading San Diego Padres picked up shortstop Miguel Tejada.

Tonight Tejada almost singlehandedly ended the Rockies' 10-game winning streak, going 3 for 4 with four runs batted in, including a two-run homerun, and made a diving stop to rob Dexter Fowler of a hit. The Padres padded their National League West lead to 2 ½ games with a 6-4 win. 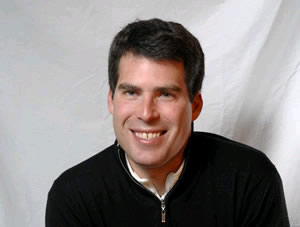 The Rockies also failed to get any pitching help at the trade deadline, and that inaction may be catching up to the team down the stretch. A broken leg suffered by starter Aaron Cook last week forced Jeff Francis into action tonight, and he exited early after being battered by Tejada.

Francis, who along with Cook has been a mainstay for the Rockies the last several years, has been rehabbing from his own injury issues and was on a short leash for the critical showdown with the Padres.

Inexperienced reliever Esmil Rogers came in and promptly gave up another two-run base hit to Tejada, and then the seemingly always-shaky Franklin Morales gave up a homer in the 8th inning for the final margin of victory.

Carlos Gonzalez went 2 for 5 and picked up his 101st RBI, and Troy Tulowitzki once again did his best to carry the team with a three-run jack. But these guys can't do it all.

Yes, Colorado has again made things interesting in September, but slow starts in April and May, inconsistency most of the season and the failure of management to do anything in July to bolster the team for the stretch run may once again prove the ultimate tease for loyal Rockies fans.

5 Comments on "Rockies' run may be over, and its demise can be traced to inaction at trade deadline"

I agree with your comments re trade inaction but would add that the starting pitching has been woeful. In addition the rookie relievers such as Rogers and Escalona have failed. Whatever happened to Matt Daley and Taylor Bucholz. Finally, the experiment with EY Jr is a disaster. Although he is hitting better than Barmes, his fielding is inadequate and he is very slow turning the double play. Other than that, the Rocks are doing great.

When the trading-deadline season opened Monday, the Rockies' decision to stand pat did not. It was an under-the-radar declaration that the clock has struck midnight on this season's Cinderella run. Very informative content though I also Hire book writers for my content. then I would get more audiences and positive responses.

great information but it can be traced whenever you want to. because It works on real-time data. I have owned an app in which real data has been showing the app which was designed by The App Founders and they developed such a piece of Art with their A. I integrated as well.

the blog is very well written. I must appreciate the effort of the writer but one thing writer should make this easier to understand. I had had this experience with my own website and later hired the services of the Bookwriting Bureau which prove to be a wise decision in sense of increasing more audiences.

At the point when the exchanging cutoff time season opened Monday, the Rockies' choice to sit tight didn't.Writers of USA It was an under-the-radar presentation that the clock has struck 12 PM on this current season's read more Cinderella run. Extremely useful substance however I likewise Hire book scholars for my substance. then, at that point, I would get more crowds and positive reactions.metadesign