According the Colorado Avalanche Information Center, the avalanche danger will only increase with a blizzard warning for tonight into Wednesday. 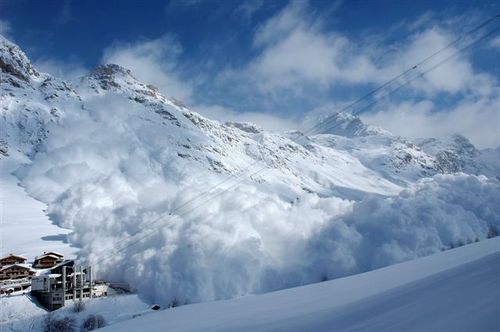 Real Vail's Powder Predictor blog is calling for high winds and 6-12 inches of new snow tonight into Wednesday in the Vail Valley.

On Monday, the CAIC updated its Colorado forecast, describing avalanche danger as “high” or “considerable” many parts of Colorado's north, central and southern mountains. A “high” rating means both natural and human-triggered avalanches are likely, and the CAIC began issuing daily forecasts last week.

In a CAIC release, avalanche experts advise “backcountry travelers to always travel in teams of two or more and carry rescue equipment such as a shovel, probe pole, rescue beacon and Recco [avalanche safety] device.

“Since 1950, avalanches have killed more people in Colorado than in any other state. Colorado accounts for one-third of all avalanche deaths in the United States. However the number of deaths per 100,000 backcountry users is lower in Colorado than in neighboring Rocky Mountain states in part because of the CAIC's public education efforts.”

Anyone traveling in the backcountry should go to the CAIC website for the latest weather and avalanche danger ratings.

The CAIC, a program of the Colorado Geological Survey, also provides avalanche safety training and information to search and rescue groups and backcountry users. To get a free copy of the CAIC's brochure, First Track, call 303-866-2611 ext 0, or email pubscgs@state.co.us.