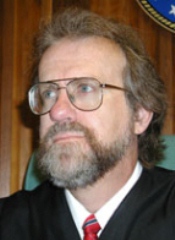 John Neiley, currently working in private practice as a partner at the law firm Neiley & Alder, will serve as a district court judge in Garfield, Pitkin and Rio Blanco counties, which comprise the 9th Judicial District.

Previously, he worked as a partner at Richmond, Neiley & Sprouse, LLC; as an associate at Downey, Rauch & Sleeman, P.C.; and as a staff attorney for the Federal Trade Commission’s Denver Regional Office.

New 5th Judicial District Judge Patton previously was the Summit County Court magistrate and worked in private practice at the Patton Law Office and the Law Office of J.E. Losavio Jr. He also worked as the Leadville city attorney and as a special county attorney for Lake County. Before attending law school, he served in the U.S. Army.

Patton earned a bachelor’s degree from Denison University and a J.D. from the Sturm College of Law at the University of Denver.

Both appointments are effective July 1.