RealAspen News and Community Content Feed
By Troy Hooper
Real Aspen – February 2, 2012
Colorado Republican Congressman Scott Tipton is having trouble keeping up with the pace, or with Sal Pace, in the Third District fundraising race.

CD3 encompasses much of the state's Western Slope, and will include the western portion of Eagle County after congressional redistricting that was approved late last year. Vail remains in the Second Congressional District, currently represented by Democrat Jared Polis. 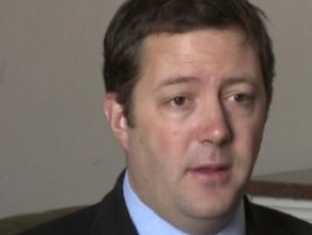 Pace is the only challenger running for Congress in Colorado to out-raise his incumbent opponent, according to Scott Hanley, Pace's spokesman, noting that "the only quarter that Scott Tipton raised greater than $200,000 towards his re-election came in the 3rd quarter of 2011 when Speaker Boehner hosted a fundraiser for Tipton [in Aspen]. In that quarter, Tipton raised 43 percent of his money from out of state."

Tipton has long been considered one of the GOP's more vulnerable incumbents in Congress. Hoping to rescue the freshman congressman's shaky candidacy in 2012, the National Republican Congressional Committee on Tuesday announced Tipton has been selected for its Patriot Program, which means the NRCC will provide financial aid, advertising and other strategies for his campaign. In contrast, the Democratic Congressional Campaign Committee last month named Pace one of just 18 candidates on its Red-to-Blue list, which the DCCC recognizes for their grassroots support and potential to win the November election. The most recent fundraising report shows 994 individuals contributed to Pace's campaign in the fourth quarter, bringing the campaign total to more than 1,830 individual donors since June 1. Nearly 91 percent of Pace's donors reside in Colorado and most contributed small amounts, according to a campaign press release.

“Congressman Tipton is very well-positioned going into this year given the laser-like focus he's had on creating jobs and working to turn our economy around," Scarpinato said Wednesday. "Fact is, Pace is going to need a lot more money than he's got to hide his liberal record and Nancy Pelosi endorsement from Colorado voters.”

A recent poll showed only 36 percent of voters in his district approve of the job Tipton is doing.

In addition to Pace, the incumbent is facing opposition from Tisha Casida, an independent conservative from southern Colorado who is also trying to get elected in the Third District.

"After my three tours around the district, it is obvious how much Scott Tipton has alienated his base, and has no chance of winning," Casida said. "If Coloradans desire a conservative, their only choice and chance at winning is voting in an Independent who can pull votes from registered Republicans, Democrats, and most importantly, Independents."