Yukon Kornelius, made up of members of the Dave Matthews Band, Barenaked Ladies, Guster and Spymob, is returning after rave reviews at a previous Vail Snow Daze concert. Jakob Dylan, son of folk legend Bob Dylan, is making his first appearance at Snow Daze. 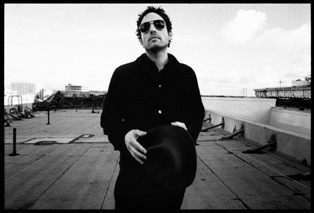 And here's the full press release from Highline:

Vail Mountain and its event production partner Highline Sports & Entertainment announced today the lineup for Vail Snow Daze 2011, the resort's annual festival to kick off the winter season. The lineup will include free, headline concerts from Yukon Kornelius, Jakob Dylan and his band, Guster and The Polish Ambassador. VailSnow Daze takes place Dec. 5-11, 2011.

“We're pleased to bring another world-class lineup to Vail for Snow Daze,” said Adam Sutner, director of sales and marketing for Vail Mountain. “At Vail, we've made a commitment to providing first-rate entertainment that's equal to our mountain experience - this year will be no different. We're especially proud that Snow Daze has become a much-anticipated annual event for our fans and guests from all over the U.S. and the world. As with the last three years, we are pleased to offer this to our guests entirely for free.”

Star-studded super group Yukon Kornelius returns to Vail to headline a free concert on Saturday, Dec. 10, presented by Bud Light. Anchored by Dave Matthews Band bassist Stefan Lessard and joined by Ed Robertson of Barenaked Ladies, Adam Gardner of Guster and Eric Fawcett from Spymob, YukonKornelius' shows are known for being both rare and packed with special guest appearances. Attendees of the Yukon Kornelius show in Vail can expect to hear plenty of classic covers as well as songs from each of the members' respective bands.

Jakob Dylan and his band will come to Vail Village for a free show on Friday, Dec. 9. Coming off the successful release of his sophomore album, Women + Country, the Grammy-winning artist is known as soulful and sublime with a distinct voice and an unparalleled songwriting style. Jakob Dylan will be joined in Vail by Russ Pollard, Jason Soda and Eli Thomason from the Los Angeles-based Everest. Their show is sure to be full of hits and is not to be missed.

Alternative rock band Guster will get things going at Vail SnowDaze on Thursday, Dec. 8 with a free concert in Vail Village. Guster is known for putting on a rockin' live show punctuated with hits and plenty of humor. The quartet has toured with such luminaries as the Dave Matthews Band, Bob Dylan and the Barkenaked Ladies and their show is sure to include songs from their newest album, Easy Wonderful.

The Polish Ambassador will close out the 2011 Vail Snow Daze festivities on Sunday, Dec. 11 with his upbeat electronic dance music and layered melodies. The Ambassador blends elements of funk, glitch, hip-hop, 80's music, jungle and dub into a sound that will induce a healthy amount of dancing and getting down.

Special Vail Snow Daze Ski Free, Stay Free packages are available starting at $200 per person, per night for four nights lodging and four days skiing or riding based on double occupancy. For a comprehensive availability of package rates and specials, go to www.vail.com/snowdaze.

I have been impressed after read this because of some quality work and informative thoughts. I just want to say thanks for the writer and wish you all the best for coming! Your exuberance is refreshing. 123 movies

I read that Post and got it fine and informative.
9anime.surf

I read that Post and got it fine and informative.
soap2day to

"pg slot I really like your forum. There is also an important story in case you don't want to miss can apply at slotgxy888
pg slot"

pg slot We are the leader in the most played online gambling games. There is a 24-hour back-office system and has paid more than 100,000 payments to players.